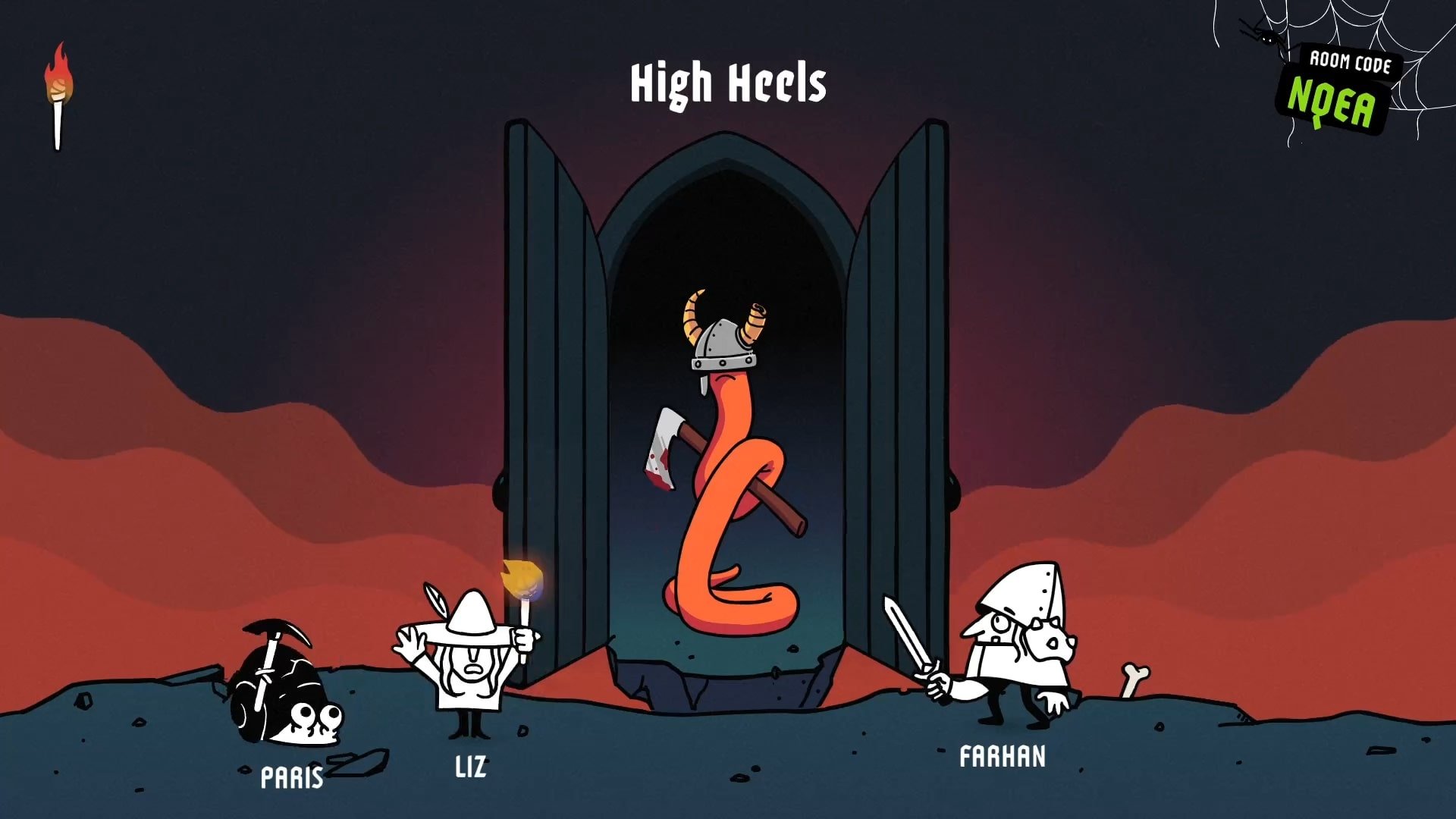 Ohhhh, so you’re Captain Popular, eh? Looking for a Jackbox game that will be satisfying for your BIG BIG group of friends? Searching for that one digital party game that will generate a pleasant entertainment experience for ALL your MANY fans, family, and followers? Well LAH-DEE-DAH!

Anyway, this is a blog about the best Jackbox games for playing with a big group!

Now, when we say “big group,” that can definitely mean two different things. You may have a big group of in-person friends to play with (up to 8 for most games, and up to 10 for a few games in The Jackbox Party Pack 8!) OR you may have a viewership that wants to play in our “audience” feature (up to 10,000 for most JPP6-8 games!)  There’s a difference between the games that simply have a big audience capability and the games that are good for a large player count – but those things are related, so we’ll talk about both!

Let’s talk about games for the masses!

So You Have a Big Audience

In general, our modern packs can accept audiences in the thousands. that becomes a very powerful force, especially in voting games! So, it depends on how much you want your audience to, for lack of a better word, “play” the game. For many of our more voting-oriented games, the audience can be VERY influential — like, picking the winner-type influential. If you as a streamer want your audience to be wicked powerful, our recommendations would be:

So You Have A Big Player Group

Now, when we’re talking about games for big groups, we’re looking for that sweet spot that gives everyone equal attention but doesn’t last forrrrrever. For that reason, we’re counting out a lot of our social deduction games – unless you’re looking to sink your teeth into a 45-minute game of whose got the whatsit, which, if you are, go for it!.

The games you’re going to want to go for here are the ones that mimic the silly jokes and games you play with your friends already. Ones that fly by because they test your knowledge, or generate a well-intentioned discussion (argument, it’s an argument.) With that in mind, here are our recommendations!

Hopefully this was helpful! Not that someone as popular as you needs help. You’re doing great on your own, aren’t you? Great. Awesome. Wonderful.

Have fun, and as always THATSJUSTMYOPINION.GIF!