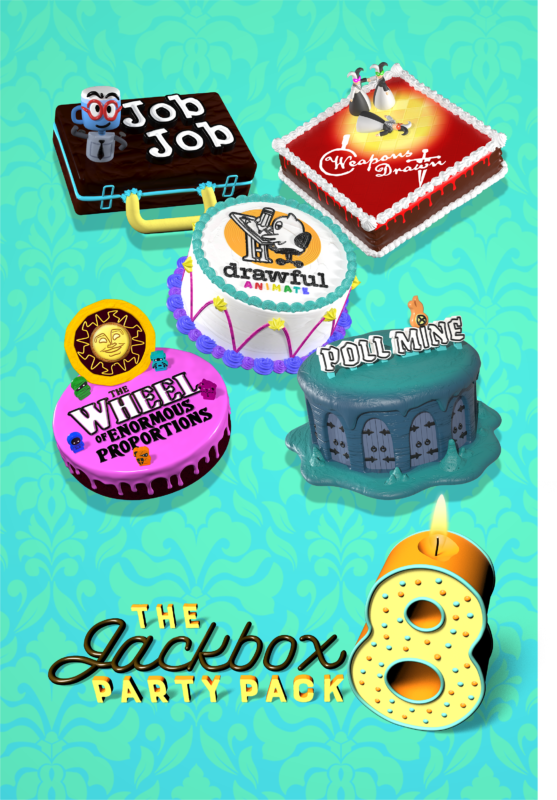 THERE’S BEEN A MURDER! Actually… there’s been several murders.

Weapons Drawn is a social deduction game where everyone did it. You try to distract from the murders you committed by solving the other murders. Will anyone guess which murder weapons were drawn by you? 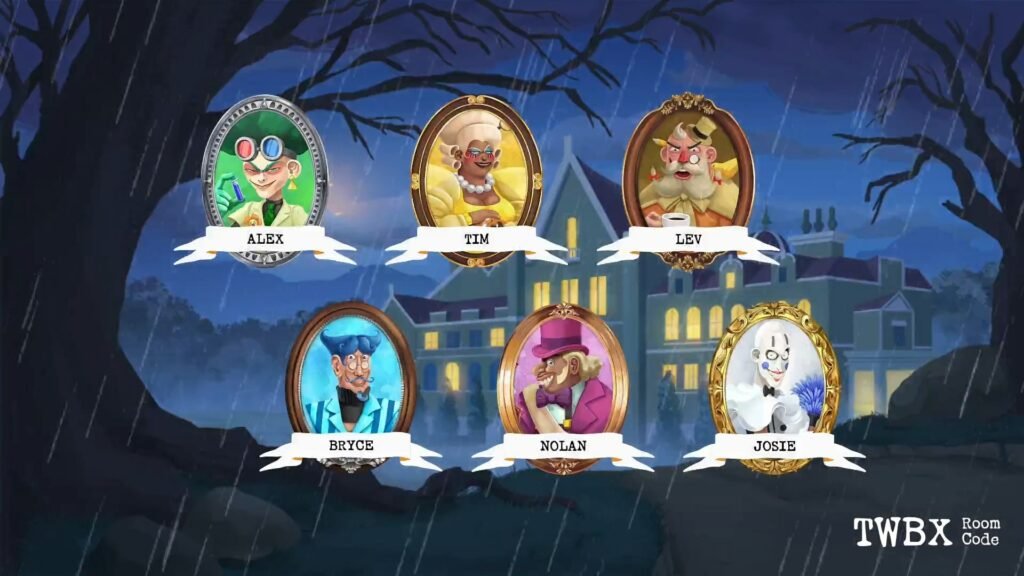 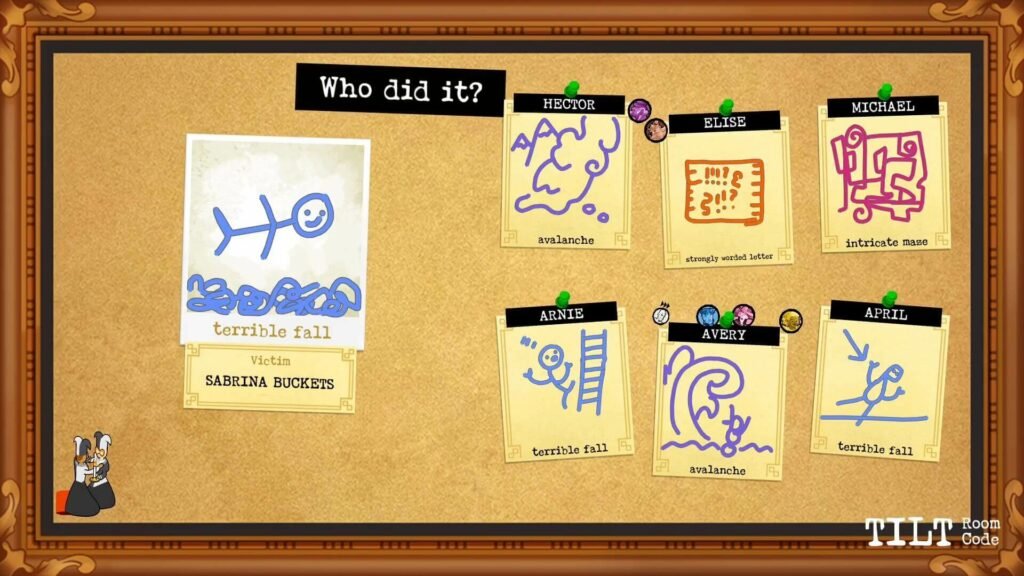 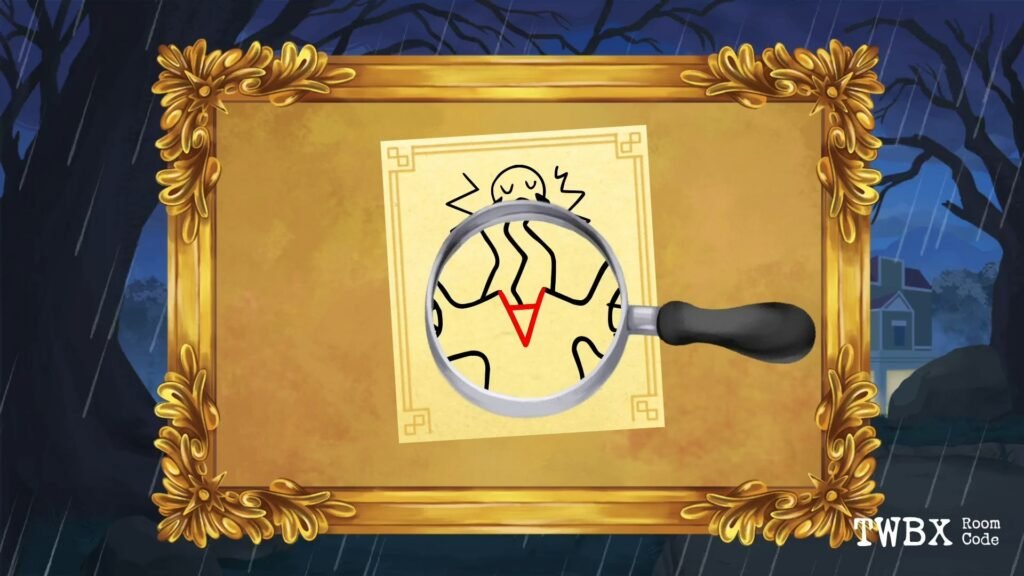 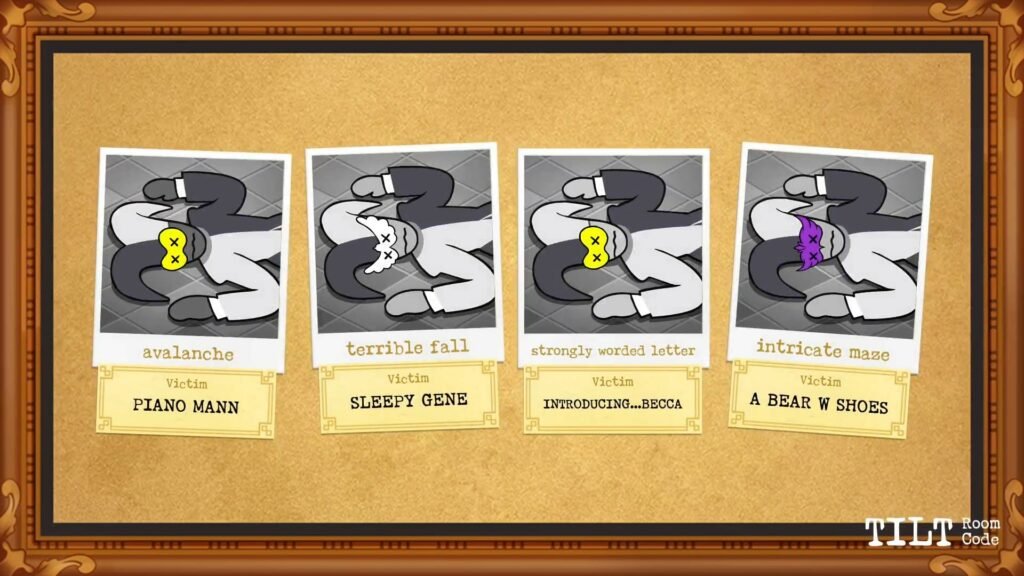 At the beginning players are prompted to draw two “weapons” (things like “zoo animal” or “big cannon”). Each player also has a calling card, a letter from their name that they’ll have to try to hide in each of their drawings. One weapon will be attached to the player as a reference drawing for everyone to see. The other drawing will be dropped at a crime scene whenever they successfully commit a murder.

Players also write the made-up name of an Accomplice, a guest they’re bringing to the party as bait for the other murderers. If you correctly guess who wrote an Accomplice’s name, you murder them. But each murder attempt also gives points to the player that wrote that name. So ideally Accomplice names draw attention to themselves without immediately giving away who wrote them. (Players don’t earn anything for Accomplices surviving until the end. You want other players to try to murder them.)

When the lights go out it’s time to try to murder an Accomplice before the other players do. Luckily if you guess wrong you’re given a small clue and (after a short cool-down timer) more chances.

Once the lights come on it’s time to investigate. Murders are presented in sets of two, for the players to vote on which to solve (and which, for now, to set aside). If you’re one of those murderers, you might want to try to get players to vote for the other case. After it’s narrowed down to one case everyone votes for who they think did it. The player with the most votes get revealed as either Innocent or Guilty. And players who guessed correctly get points (whether it’s revealed or not).

Don’t worry if you mess up the first time around because everyone gets a second chance to draw more weapons and bring another Accomplice.

At the end it’s time for Cold Cases, a final speed round where every unsolved case is voted on and ultimately revealed.