Watch the Official Trailer for The Jackbox Party Pack 9 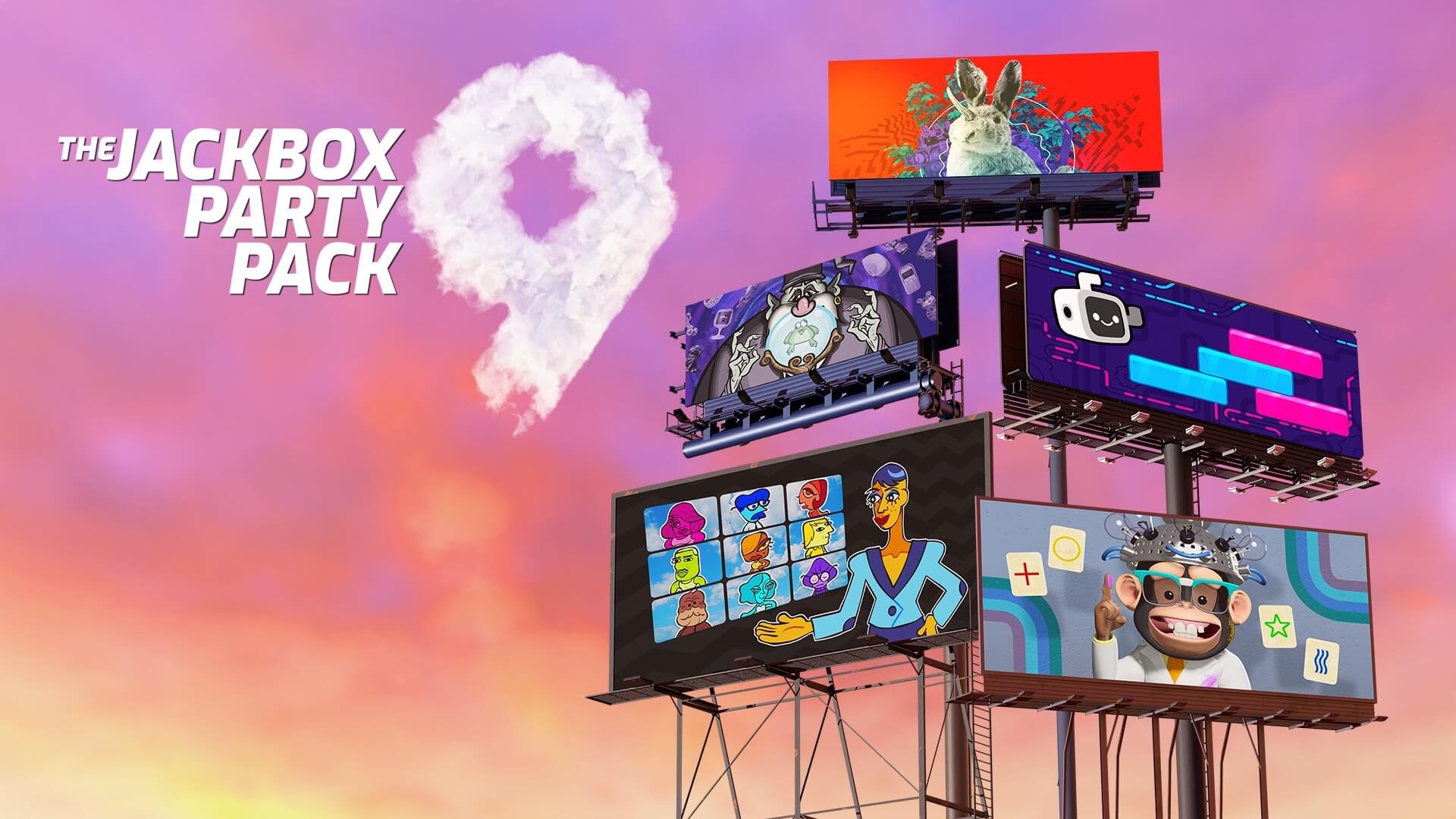 The Jackbox Party Pack 9 is available now on major platforms! Get ready to play five new party games at Halloween parties, on video calls with long-distance friends, during family gatherings that need a little extra oomph and wherever else you so desire.

We’re so excited to share the official trailer with you, so you can get just as excited as we are about these hilarious party games.

Take your party to new heights with five new games in The Jackbox Party Pack 9:

Fibbage 4 (2-8 players) – The hilarious bluffing party game returns with an all new Final Fibbage, themed episodes, video questions, fan-submitted questions, and Fibbage Enough About You mode! It’s a game so beloved that we decided to slap a 4 on it. Read more about Fibbage 4.

Quixort (1-10 players) – In this trivia sorting factory, work with your team to sort falling answers into their proper order before they hit the floor! Or, play the single player mode and see how many blocks you can sort before topping out. It’s as easy as A, C, B! Read more about Quixort.

Junktopia (3-8 players) – A strange wizard has turned you into a frog! Create hilarious backstories for weird objects and then get them appraised by your fellow players. More votes equals more value and then poof! You’re a human again! Read more about Junktopia.

Nonsensory (3-8 players) – Professor Nanners is here to test your NSP (Nonsensory Perception) in this drawing, writing, and guessing game! How close can you get to guessing where another player’s prompt ranks on the silliest of scales? Read more about Nonsensory.

Roomerang (4-9 players) – Channel your inner reality TV star in an attempt to come out on top of your fellow players! Respond to prompts, bring the competition and role-play to avoid being voted out. Never fear though, even when you’re out you’ll find yourself Roomerang-ed right back into the drama! Read more about Roomerang and check out our livestream series Inside the Box for a peak behind-the-scenes of the game’s development.

The Jackbox Party Pack 9 is available on major platforms including Nintendo Switch, PlayStation, Xbox and Steam.