How the Party Game People Throw a Virtual Work Party 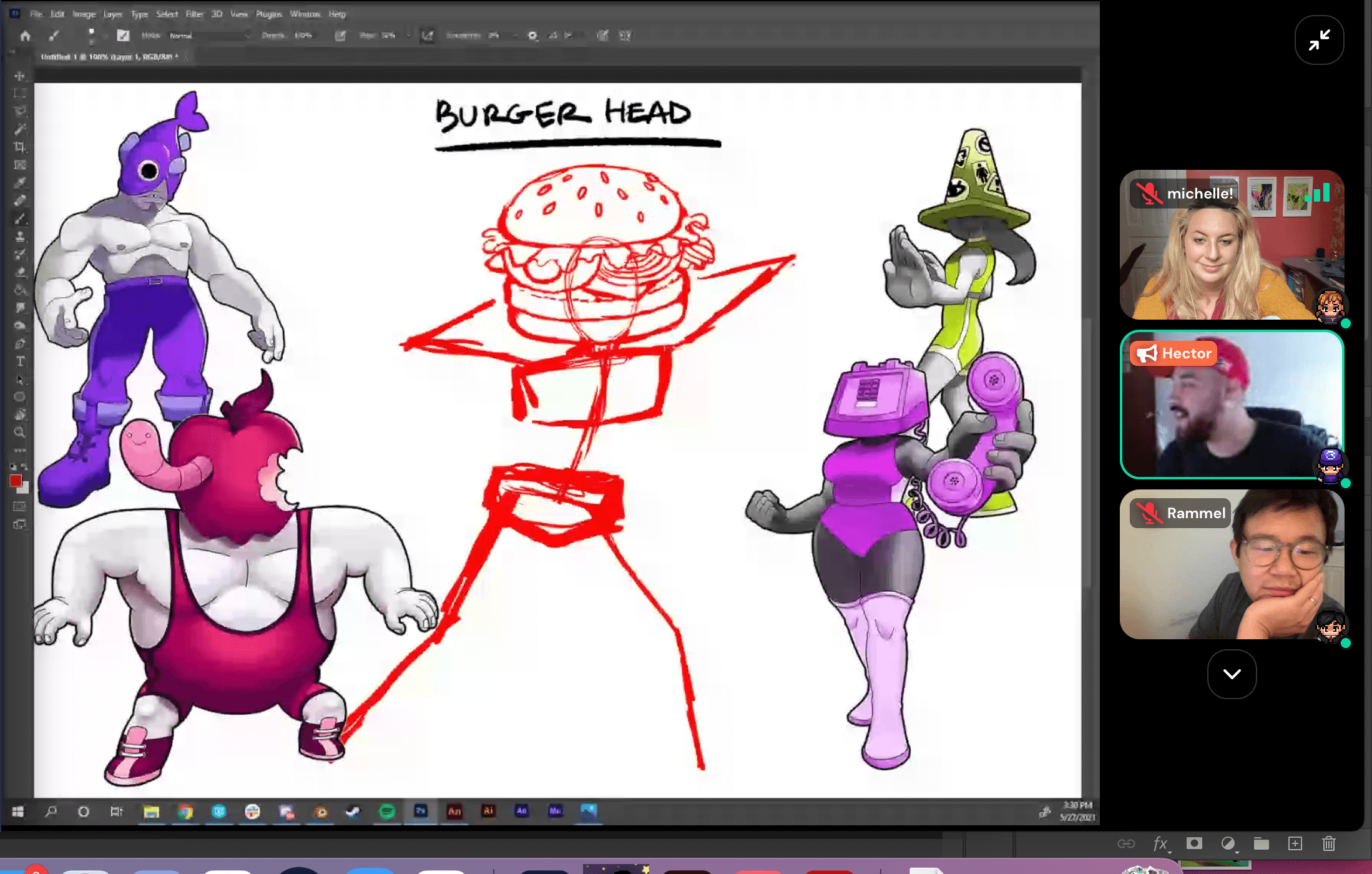 How do the party game people…party?

Having recently started at Jackbox Games, I wasn’t sure what to expect for a company-wide virtual get-together. After all, previous companies I worked for would use games like Quiplash and Drawful to foster team-building and spice up the office happy hour (virtual or not). So did we play our own games?

Well, no. That would just be too normal for us.

We play our games throughout the week – testing new features, providing feedback, and livestreaming. So in order to separate our Spring get-together from our standard work week, we needed to get creative. (And by we, I mean not me, but a committee of Jackbox Games folks who created a truly delightful Thursday for us).

Zoom fatigue is real, so our party planning team built out a whole world for us to virtually play in. This world was adapted from the Castle template in Gather Town. I think our Customer Service Manager, Anne Kirn, described it best:

Gather Town included an outside atrium space with entryways to several different rooms, which were all built out by the Jackbox Games party-planning team. Here’s what one section looks like featuring some reaction faces I don’t remember the context of:

Before entering Gather Town, we were all prompted to create avatars to represent us walking around the digital space. Our webcams were also connected, and as our individual avatars approached each other, we could speak to each other over video.

And here’s an incredibly chaotic screenshot of all the funny game people getting together in this beautiful virtual world and immediately trying to break it:

(Hams were…not a part of the original design).

After a company meeting facilitated by our CEO, Mike Bilder, in the Plenary (from whence this chaos screenshot came), we were invited to explore other rooms filled with virtual activities and delights. Take a look at this room guide:

Breakout 6: All of the Holiday Parties We Missed

Poster Room 1: What I Imagine the 2nd Floor Space is Like

I was particularly tickled by breakout room #6, the “All of the Holiday Parties We Missed” room.

Unfortunately, I did not find anyone to party rock in there with. I did, however, join a room where Lead Artist, Hector Padilla, instructed a drawing lesson. In this lesson, Hector guided us through creating characters a la Champ’d Up. Here’s the sketch Hector worked on to provide us with some basics on figure drawing, posing, and adding a juicy hamburger head:

And here’s what the rest of us came up with under Hector’s tutelage: 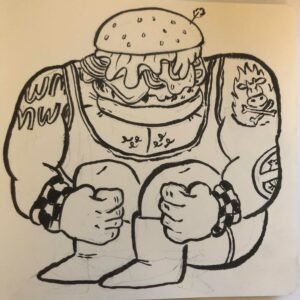 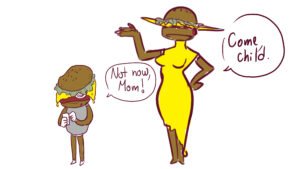 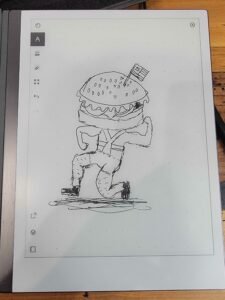 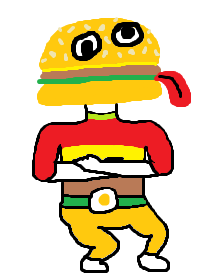 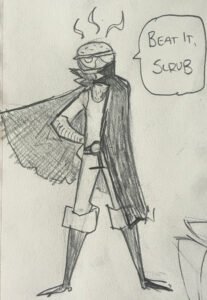 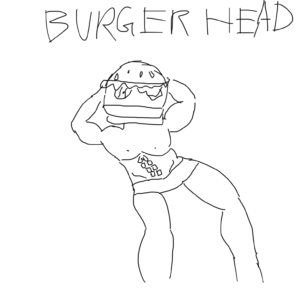 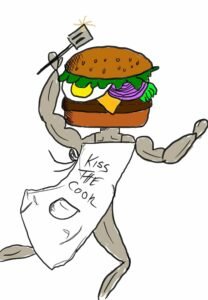 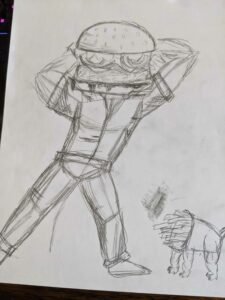 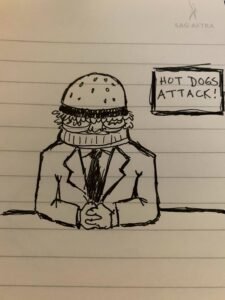 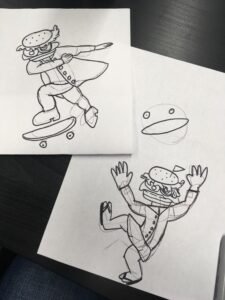 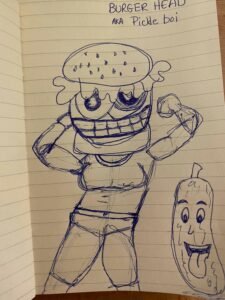 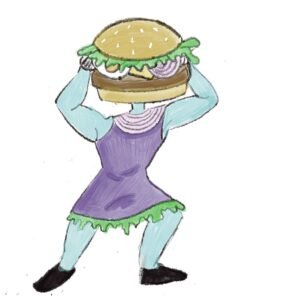 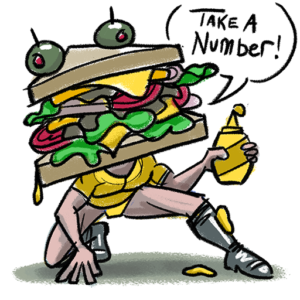 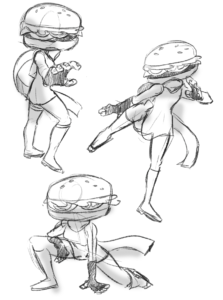 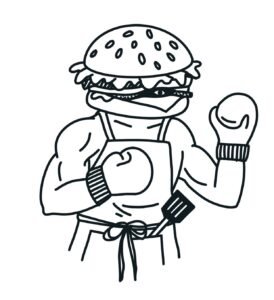 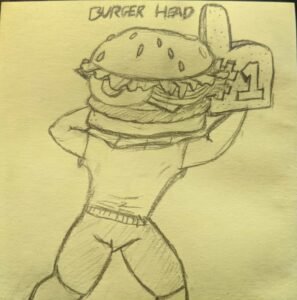 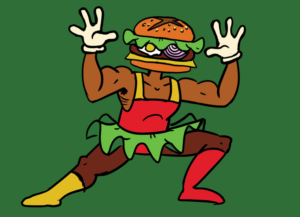 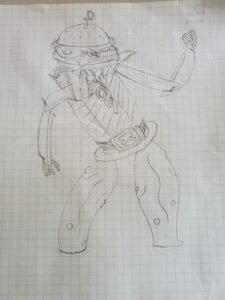 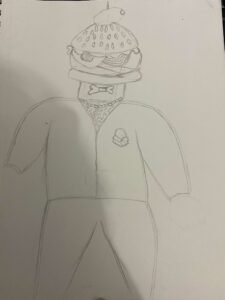 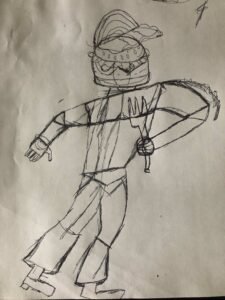 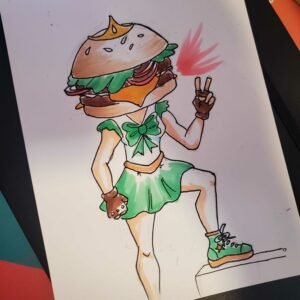 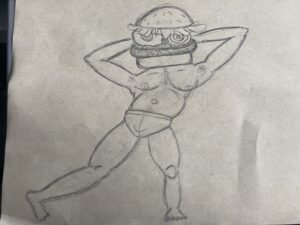 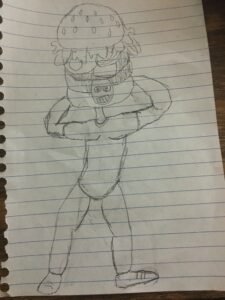 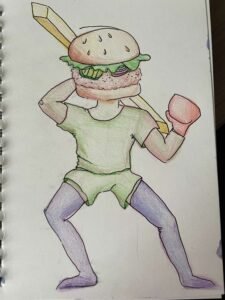 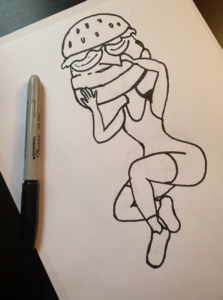 After ~ eXpReSSiNg OuRsELvEs ~ our avatars ran around and gathered in various clusters. I personally joined a group participating in a virtual scavenger hunt, while others solved puzzles. At 5, I joined Audio Lead Elise Wattman’s Mad Libs Karaoke party, in which she showed us how she loops music. Elise beautifully and swiftly incorporated others’ silly suggestions into a touching ballad. Song release coming soon.

In the meantime, please enjoy Elise’s song with lyrics pulled from the opening meeting.

Afterwards, I joined a group participating in a mini taskmaster challenge facilitated by Senior Software Engineer, Chase McClure. The task: look the most different in each screenshot. Everyone had 5 minutes to prepare, and a screenshot was taken every 60 seconds for 5 minutes.

As you’ll see from this Slack message screengrab, *I won.* Though I, too, have to commend Studio Editorial Director, Arnie Niekamp, for his extraordinary efforts.

The rest of my night was spent wandering around Gather Town, chatting with coworkers. It almost felt like a normal gathering — roaming from group to group, joining various conversations. And, just like in real life, encountering lots of loose ham.