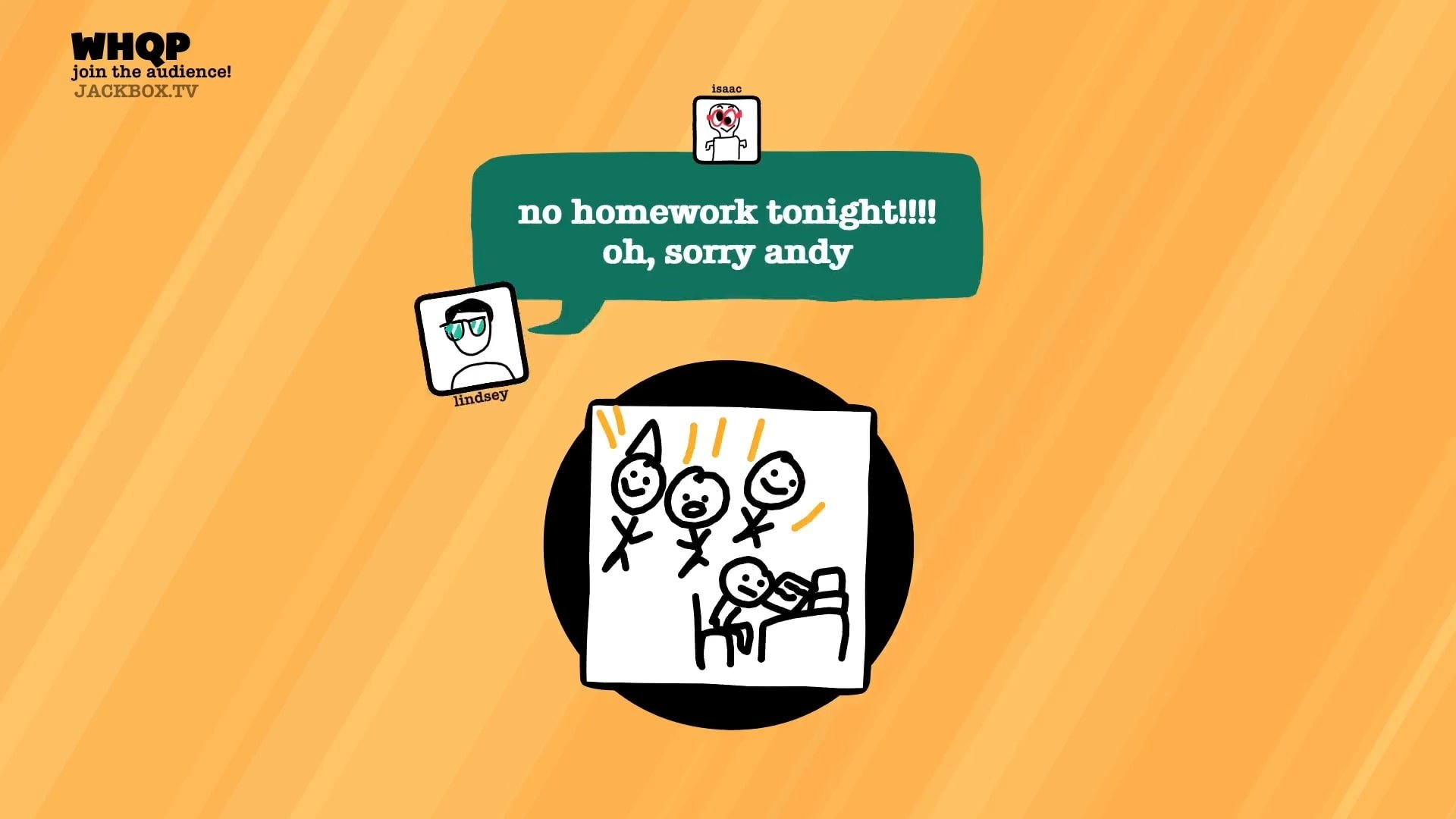 In the words of Andy Warhol, “one’s a company, two’s a crowd, and three’s a party.” And no party for three is complete with out party games for three.

In my own words, here are the best Jackbox Games titles for just three players. Let’s gooooo!

This goofy word game is a blast for three people! In Job Job you create answers to interview questions by selecting words from user generated sentences. It’s like a collage with words! Andy Warhol made collages.

If you love trickery and fraud, you’ll love Fakin’ It! The goal of the game is to figure out who is following a real game prompt and who’s just attempting to blend in. While playing you are guaranteed to form intense enigmatic bonds, much like the bond between Basquiat and Warhol, so keep that in mind.

Aha! The perfect trivia game for three! Trivia can range from literature, to science, to pop culture (Andy Warhol loved pop culture). But, alas, if you are trivia-challenged there’s still hope – The Wheel of Enormous Proportions is also a game of chance! Players can also win points by giving The Wheel a good spin. No thoughts needed.

You and your only other two friends in the world (I’m assuming) will have a lot of fun animating whacky prompts in the latest Drawful sequel. You’ll receive a prompt to your device like “injecting velveeta into my veins” and you’ll have two frames to draw to make it come to life! You could also sign a tiny ‘Warhol’ in the corner of one of the frames. Just as a neat little joke.

Another great word game for three players! In this one you define silly gibberish words and vote on which ones you like best! A laugh riot. I’m not going to make another Andy Warhol reference if that’s what you were thinking.