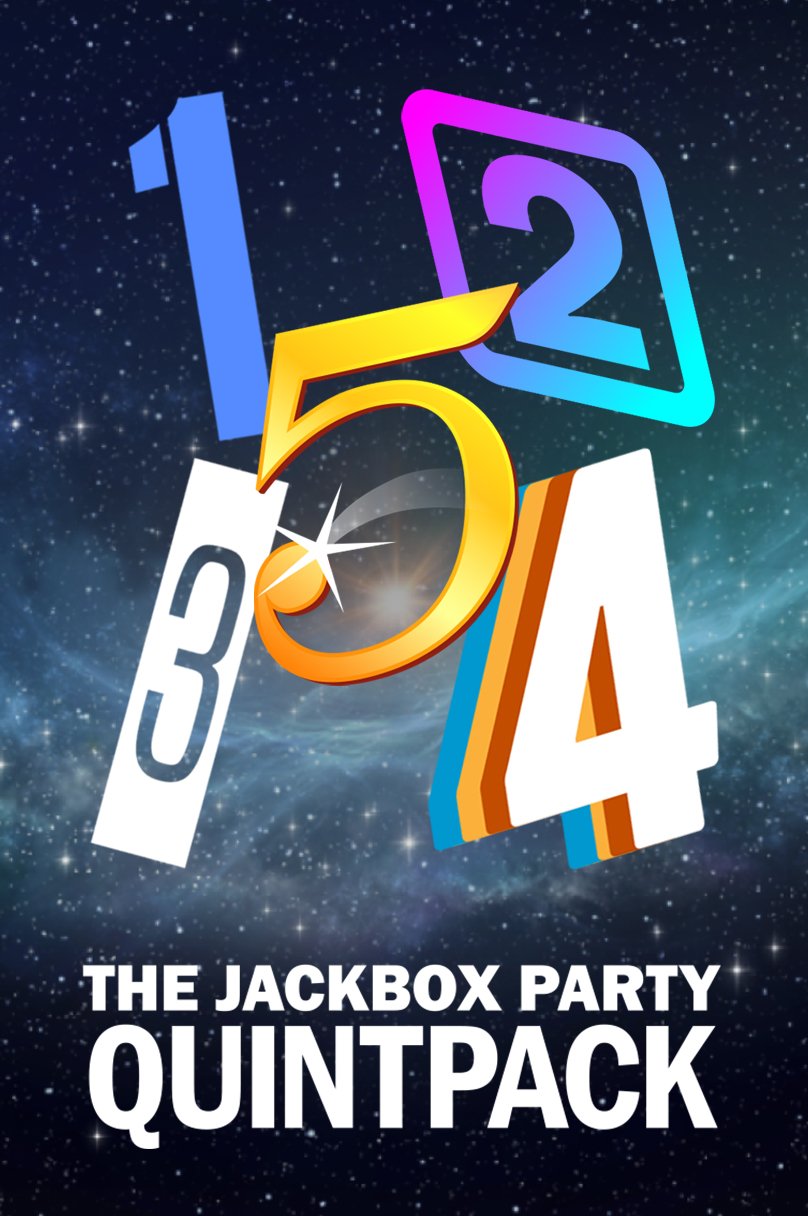 About The Jackbox Party Quintpack

We’ve smashed all the party games from The Jackbox Party Packs 1, 2, 3, 4 and 5 into one impossibly fun collection! That’s 25 hilarious party games for one great price!

Note: If you already own any of the games in this bundle, you will only receive codes for the games you don’t have. You will not receive extra keys for any titles that are already in your platform library. Platform codes are not transferable from platform to platform.

You don’t need a bunch of controllers to join the fun. All of our games are played using any internet-connected devices, like phones, tablets or laptops, as controllers!

With all these games, you’re going to need a lot more parties and a lot more friends! All games are in English only and local multiplayer, meaning they do not support online matchmaking.

What is a Party Pack?

Since 2014, we’ve been releasing collections of easy-to-play party games for your friends, family, and fellow inmates.

Players join by simply using the web browser on their smartphone – no app needed!

Each pack contains a variety of different games that might ask you to draw weird doodles, write the best inside joke, or answer hilarious trivia questions.

There are hours of laughs in every pack!

Available for Steam, Xbox One, and PS4, The Jackbox Party Pack Bundles are ready to take your get-together to the next level. Or at least to the level right below that one.

Our games are available on a wide array of platforms, so make sure you pick the right one for your needs. If you already own one (or more) of the packs in a bundle, you will NOT receive an additional code for the pack you already own. You will only receive codes for titles you do not own yet.

Jackbox Games Refund Policy: Steam codes that have been redeemed will not be eligible for a refund. If you have not redeemed your Steam code, you will have 2 weeks from the date of purchase to request a refund. When you are refunded, your purchased Steam code will be made inactive. Refunds can be requested at our support page.