Join The Party By Watching Our Weekly Jackbox Games Shows! 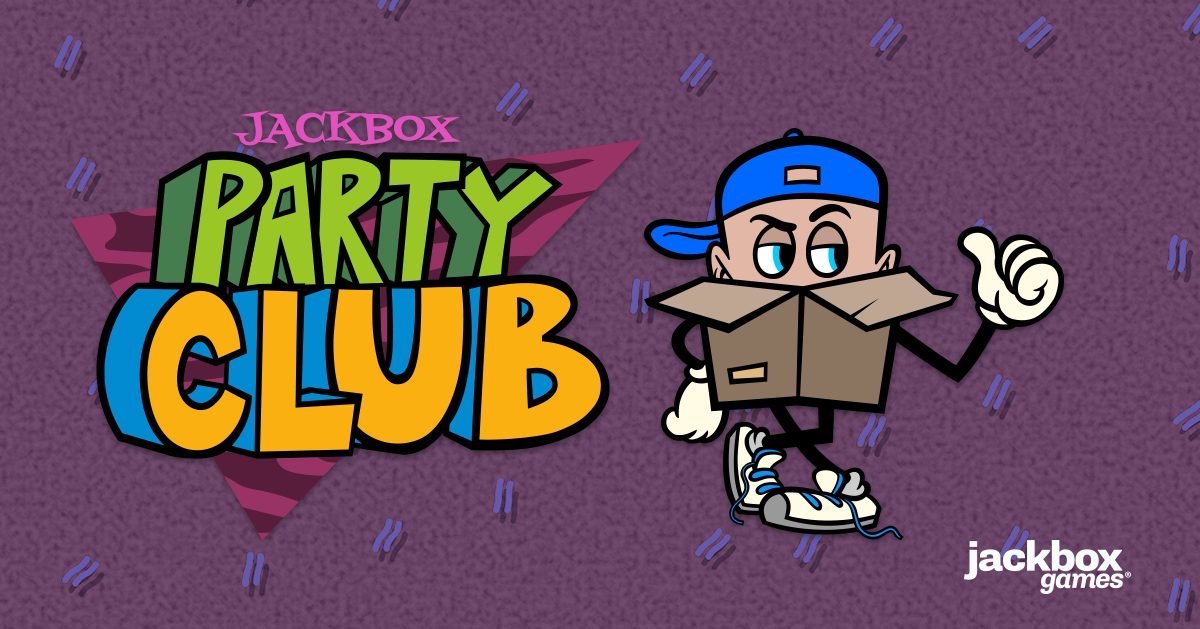 It’s time to take your Jackbox Games fandom to the next level. Since time immemorial, it has been important to us that we create a community where you can play our games with the people that created them (and others that love them), chat with the developers and designers behind your favorite party games, and humor us by watching weird segments that we find funny.

That’s why we produce at least two (sometimes more if we’re feeling nutty) weekly shows featuring Jackbox Games titles and Jackbox Games staff. Get answers to all your questions about this below and then join the party club!

Sometimes I get notifications that Jackbox Games is live. What is happening?

Every week, we stream live to Twitch, YouTube, Mixer, and Facebook Live. If you follow or subscribe to us on any of those channels, they should let you know when we’re alive and kicking! Once you receive this notification, visit our channel and BE ENTERTAINED!

What is The Jackbox Party Club?

Our main show happens on Thursdays at 3:30 CT and lasts roughly 60-90 minutes. It’s called The Jackbox Party Club! The Jackbox Party Club is co-hosted by Game Directors Warren Arnold and Ryan DiGiorgi and produced by Marketing Manager Brooke Hofer (the bodiless voice running the sound board).

Every week, we play at least 2 different Jackbox Games titles with fans. We often use this show to share updates about games in development, info on the latest sales, and tease out big announcements. This is also usually the first place you can watch new games be played. Every few weeks, we will review fanart submitted on Twitter using the hashtag #jackboxstream.

We also do weird stuff like create intricate snacks out of whatever we can find in the Jackbox break room fridge. Visit our YouTube channel to watch some of our latest episodes.

How can I receive the code to join a game that is being streamed?

If you want to join a game as a main player on Thursdays, you can only do so by first joining our Discord. We will share the game code in the #general channel of our Discord server before revealing it on the screen. This helps make it fair for those experiencing lag and also helps us manage trolls. Begone, trolls!

Our Discord is also a great place to connect with other Jackbox fans, share more fanart, and find other people to play our games with using the #find-and-join-games channel.

What are TMP Fridays?

Most Fridays at 1:00 CT (if bandwidth allows) we will run unhosted games of Trivia Murder Party and the occasional game of Guesspionage. The room code is shared on the stream (not in Discord) for these games.

Do you do anything else on your channels?

Yes! We will occasionally do special stream events like marathons when a new pack is released, Super Mario Smash Bros. tournaments with Jackbox staff, or some rounds of Dead by Daylight. Most special streams are hosted by Principal Software Engineer, Ben Jacobs! We’ll usually announce these on Twitter, Instagram, and Facebook before they occur.

What’s up with The Orb?

The Orb is you. The Orb is me. The Orb doesn’t follow your rules or restrictions.