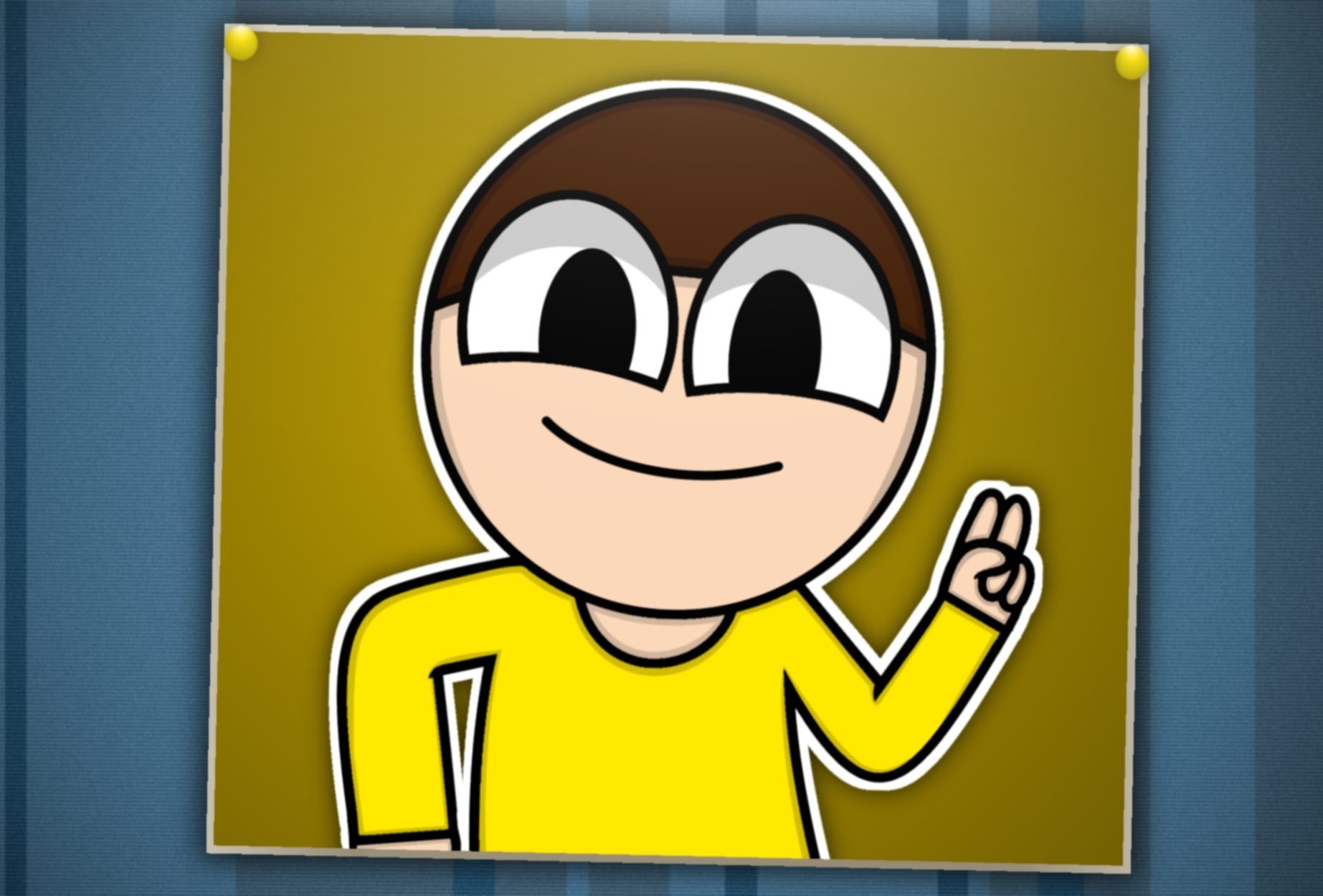 We’re so excited to put the spotlight on Lemon this month. Lemon is a mod extraordinaire and a fan-favorite in the chat during every Jackbox Games stream. We’re all grateful for Lemon’s commitment to making our community a happy, welcoming place. And, for gracing us with his excellent fanart!

The year was 2013.. or 2014? Somewhere between those years. I would’ve been a fair bit younger at that time. I discovered gameplay videos of the famous trivia game that we all know today: YOU DON’T KNOW JACK (YDKJ).

Back then, I never knew what this game was, nor did I know what Jellyvision was at the time. So, when I watched gameplay videos of YDKJ, I became sort of attached to what the game was going for. Combining pop culture with high culture; what’s not to love? Later on, I realized that the game has existed since the ‘90s with iterations like Sports, Movies, Television, Headrush –  you name it! In late 2014, I discovered that there was a Facebook/Mobile version of YDKJ and that was technically the first time I ever played YDKJ or any game from Jackbox. I was not good at it to say the least. However, it was well worth playing it nonetheless. I enjoyed it for it’s humour and knowledge (even though its humour can be slightly dirty at times..). Then, I found out that Jackbox made other games. That’s when I first discovered… *Trumpet sound effect* The Golden History of Party Packs. The rest of the story goes on from there and I began watching Jackbox’s own Twitch streams and following their other knick knacks, like the Official Jackbox Games Discord server.

How have Jackbox Games impacted your life?

I think Jackbox has impacted me for the better to be honest. I’ve interacted with a lot of new people and some of them even became new friends of mine, like Uxie, Stad, Yosup, and more. Whether it’s the fanart that people post on the server or on Twitter (using #jackboxstream), the streams that people do on Twitch, Mixer, etc., or simply playing the games with friends for a fun time? Damn man, it’s really awesome to be apart of this community, and that’s something I’ll forever be grateful for.

What is your favorite Jackbox Game and why?

It was close call between the games that I loved and thought of. The choices were: You Don’t Know Jack: Full Stream, Patently Stupid and Trivia Murder Party, but TMP JUST edges out the competition for my favourite.

TMP delivers close competition and pure pressure in a good way. You really do feel like your fighting for your life to escape from what could be The Killer’s dungeon. And when you DO escape? Ohhh man, it feels so rewarding. It’s like the equivalent of a film winning an Oscar.

Heck, since the announcement of the sequel, I’ve been even more excited to see the host, the deadly mini games, and even the Loser Wheel back in action.

For someone who has never played Jackbox Games before, what game do you recommend starting with and why?

Any of the simpler games like Drawful, Tee K.O., Patently Stupid are good starters. I think Fibbage would be the best starting point overall. And if you want a more recent rendition, give Fibbage 3 (in The Jackbox Party Pack 4) a shot!

Not only does Fibbage 3 include the base game, it also includes Fibbage: Enough About You if you want to learn some bizarre but true facts about others playing with you. The rules for Fibbage are simple: for each trivia question, type in an answer that you think people would believe. Then, everyone playing votes for the answer that they believe is the actual absurd truth. If you’re new to the Jackbox family of games, any Fibbage game is a great place to start!

You’re always one of the first fans to create awesome art inspired by a new Jackbox Games title! What are your favorite Jackbox-y things to draw?

It’s always a treat to draw anything Jackbox related, whether it’s fanart of game content or interpretations of the hosts. Still, if I were to think of something that was my favourite to draw, It would have to be caricatures of the Jackbox Games crew.

I’ve recently gotten back to doing them and I’ve certainly missed doing them for sure. It’s always fun to draw cartoon-y interpretations of the crew, and I’m glad that they seem to really like them!

Editor’s Note: There’s no greater honor than receiving a Lemon caricature! Isn’t the one below of Allard Laban (our Chief Creative Officer) awesome?