How to Bring Jackbox With You Wherever You Go 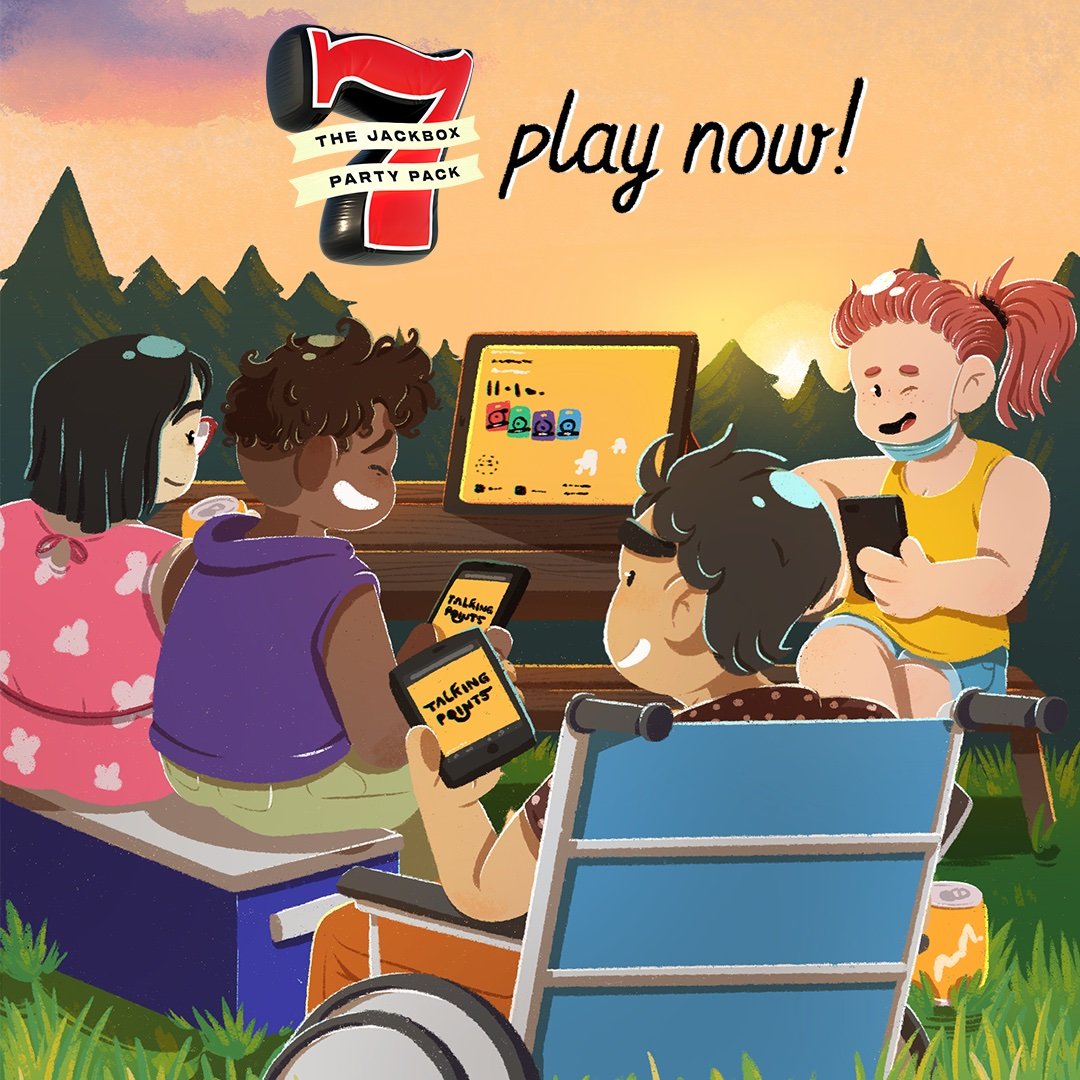 How to Bring Jackbox With You Wherever You Go

Some video games require you to equip a shield, sword, and even in-game pants. With Jackbox Games titles, anything you need to equip happens IRL: mobile devices, snacks and more. We should also probably recommend equipping IRL pants. Or should we?

Our games are available on a wide variety of digital platforms. When you’re hitting the road for a long trip or walking to the park, some platforms are a bit more portable than others.

This might go without saying, but Jackbox party games don’t have to only exist at your desk or in your living room. Our games are available on a variety of platforms, allowing you more options regarding when, where, and how you play! With a WiFi hotspot, our games can even be played in the car or on a picnic! Remember, regardless of your platform, you’ll need internet access on your device to connect to the Jackbox Games servers and host a game.

Here are our recommendations for the best platforms to purchase Jackbox party games on if you’re going to be on the move:

Steam is a free Windows, Mac, or Linux software that acts as a host and “launcher” of our games. It is free to create a Steam account. Once you have one, you can purchase a variety of computer games that will all be hosted in a Steam library that you can access via the Steam app on your computer. You can purchase games from the Steam store directly (available internationally) or we resell Steam codes in the Official Jackbox Games Shop (U.S. only).

Steam is a great platform for portability if you have a laptop. We recently saw some people using Steam to play Jackbox while stuck in an elevator.

All you need to bring along is the laptop itself and an HDMI cord to plug into the TV if you want to have it on a bigger screen. Many of our titles are also Steam Deck compatible, which is another portable gaming device that you can easily fit into a backpack.

Shop our games on Steam

The Nintendo Switch is Nintendo’s main console. It’s one of the most portable platforms out there! You can either pack the Switch console itself and play that way or bring your dock along with you and hook it up to a TV.

We’ve heard from fans who bring a Nintendo Switch to their favorite bar every week for game night. We’ve seen pictures of people playing on a Switch from the beach. While we haven’t seen this use case out in the wild yet, it’s possible that our games could even be played on a Switch while you wait in line at the DMV. We’ll take anything to make that experience better. Anything.

Shop our games in the Nintendo eShop

If you own an Amazon Firestick, you can purchase Jackbox titles and have them downloaded on your device. When you’re on your way out to your next party, simply grab your Firestick and bring it along to plug into your friend’s TV.

If you’re low on space for your Firestick, here’s a guide for how to install external storage so you have enough room for your Jackbox Party Packs.

Shop our games on Amazon

If you have our titles on your Mac laptop or an iPad, you could also use Screen Mirroring to display the game onto a bigger TV with an Apple TV device. You may experience some dropped frames if you do this with a Mac.

If you don’t care about having the bigger screen, you can also bring your Mac or iPad along with you and run the games on those screens directly.

Shop our games in the Mac App Store

Whether you’re near or far from your normal Party Palace, Jackbox titles are ready to make the journey with you!