Behind-the-Scenes: The Evolution of Blather ‘Round 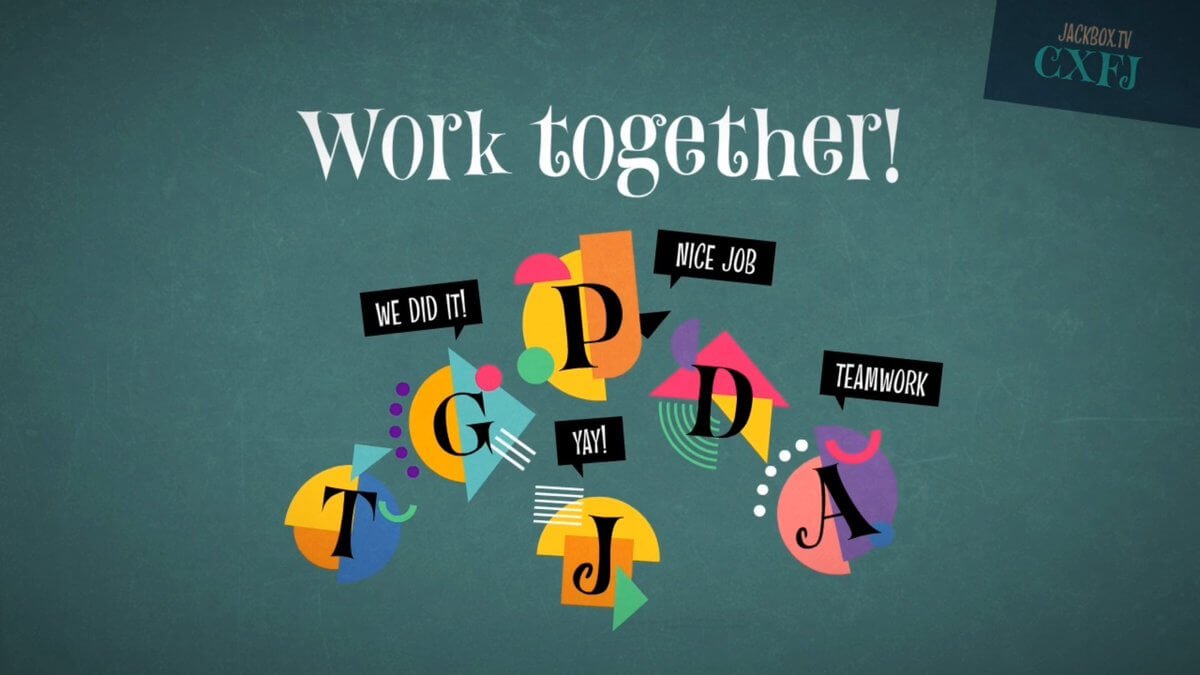 As a Jackbox game evolves from an idea in our heads to a full-fledged game, it leaves a trail of notes, papers, Post-its, screenshots, scribbles and sketches in its wake.

I’m going to show you the evolution of Blather ‘Round (in The Jackbox Party Pack 7) by highlighting some of the artifacts left behind.

Before we start, you should know: I am a writer, but anybody at Jackbox can create and pitch a game. We put out five games a year, so there are lots of ideas generated from people in every department.

The first step in the life cycle of a game is something we call “paper testing.” You have an idea, you gather some coworkers in the conference room, and you test it using real-life materials: scraps of paper, pens, dice, tokens from Sorry, money from Monopoly. To mimic how the game would work digitally, you have to say things like “everybody close your eyes and vote” and “wait, this makes no sense, let’s start over.” Basically, you’re trying to test out the core mechanic of your idea, to see if it’s fun.

In Blather ‘Round‘s final form, you tap the words you want to use on your phone screen. In the original paper test, you circled the words on a worksheet, then read your sentence out loud.

After a couple playtests, the idea expanded into genres. Instead of a basic word list, you would select a theme (ex: Grandad, Medieval Times, Southern Belle, Teenagers) and your available words would be based on that theme. For example, in “Grandadland” you wouldn’t have access to the word “man,” instead you’d have “fella.”

After trying the genres (and liking them!) I teamed up with Chase, one of our engineers, and he built a digital prototype.

At this stage, the sentences had a lot of flexibility, which makes the game almost unrecognizable to its final form. Here are some fun examples of reveals in the “Teenager” voice:

Armed with this wonky (but usable!) prototype, we pitched the game and, after some tinkering, it was greenlit. After a game gets the go-ahead from Jackbox leadership, they form a team of people who will build it, nurture it, and get it past the finish line.

As a team, we fiddled with every aspect of the game. We cut the genres. We changed the sentences. The engineers threw out the prototype (to be expected) and rebuilt the game from the ground up.

As Editorial Lead, I spent a lot of time working on the sentence structures.

Of course, up to this point, the game was still called Blanky Blank. (Legend has it, dogs and crows still call it that. They hate change.) A couple months before release, we came up with a new name. How? By coming up with over a hundred terrible names and a couple good ones, and then picking one of the good ones. (As is tradition, team members even solicited name ideas from their spouses.)

So, we settled on a name. We filled the game with words, music, and art. The QA team tested, bugged, and polished. And then? We released it into the wild. The clunky worksheets, cups of paper strips, and crashing prototypes became a sleek, jazzy game called Blather ‘Round.

And if in a thousand years aliens are looking for an example of how Jackbox Games developed a party game over the course of six months during a pandemic, I hope they have the wherewithal (and opposable thumbs) to dig up these artifacts.