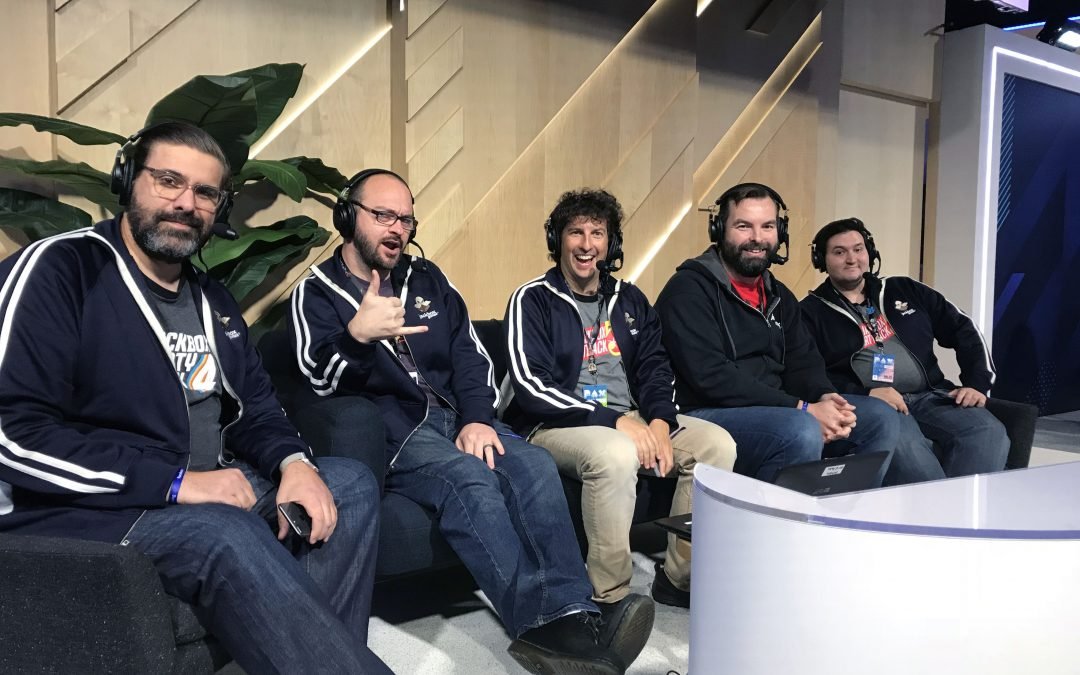 Jackbox Games’ library is chocked full of features designed specifically for to enhance your streaming experience. We’ve tried to make these features self-explanatory, but we’ve got some free time, so let’s take a look, shall we?

Before we get into the juicy details, it’s worth pointing out that all of the features are accessible from the Settings menu. Simply toggle on or off the features as you see fit.

So, first up, let’s talk about…

Pretty simple. The VIP is the first person to get in the game and the raw, unmitigated responsibility that comes with it is staggering. So, you’ll probably want to be the VIP in most cases.

As the VIP, you’ll be responsible for:

Speaking of people, let’s talk about…

Most of our games allow your audience to play along and can support up to 10,000 players! Pretty cool, huh?

If you want to include your audience in the game, you’ll need to…

You’ll want to keep that room code hidden until all your players are in if you don’t want audience members jumping into the game. Luckily, we have a feature for that!

Want to hide your room code but still display the lobby? Great! Toggle on the room code hiding option (default is “off”) and your viewers won’t be able to join until you’re ready for them.

But say you want to let some viewers in but you’re afraid of what havoc an anonymous player can wreak? Well, there’s a feature for that!

Most of our games have a “Require Twitch” option (default “off”) which requires players to log in to Jackbox.tv via Twitch. And voila! Their Twitch username is their in-game name as well.

To do this, click the cog in the upper left corner at Jackbox.tv and selecting “Twitch login.” If you choose to logout, you’ll find that option here as well.

Okay, so that guarantees that nobody will do anything terrible, right? Where have you been living the last couple of years? So, let’s say somebody writes something objectionable in one of your games. That leads us to…

In most of our games, the VIP can immediately scrub offensive material using just your device. When censored, the user-generated content on screen will be scribbled out and no longer visible to other players or to the audience.

Hopefully, you have a nice, polite audience and censoring won’t even be necessary. So, are you ready to play now?!

If you’re streaming to an audience, you already know about a little thing called delay. In order to give your players more time to participate, you’ll most likely want to toggle on the option for extended timers.

Okay, we’re almost there. You’ve got your VIP. You’ve got player after player ready to jump into the game. But what if you want to limit the size of the game to a small group with everyone else going to the audience? We’ve got you covered.

Some games work great with up to sixteen players, but maybe you want a more intimate gameplay experience. In The Jackbox Party Pack 5, you can set how many players can jump into the game. This is perfect for games that you might prefer with a smaller group. Plus, you gain control of how much influence you want your community to have on a game.

So, now, finally, you’re ready to start… RIGHT?! Of course not!

Start Game From Controller Only

Consider this option if you want to start the game from the device running the game and not the VIP’s controller. This is helpful if you want to watch the game but still have control. Additionally, it keeps control in your hands if someone accidentally gets the VIP instead of you.

When this feature is active, you’ll see an indicator on the screen telling you to start the game from the console/computer instead of giving that power to the VIP.