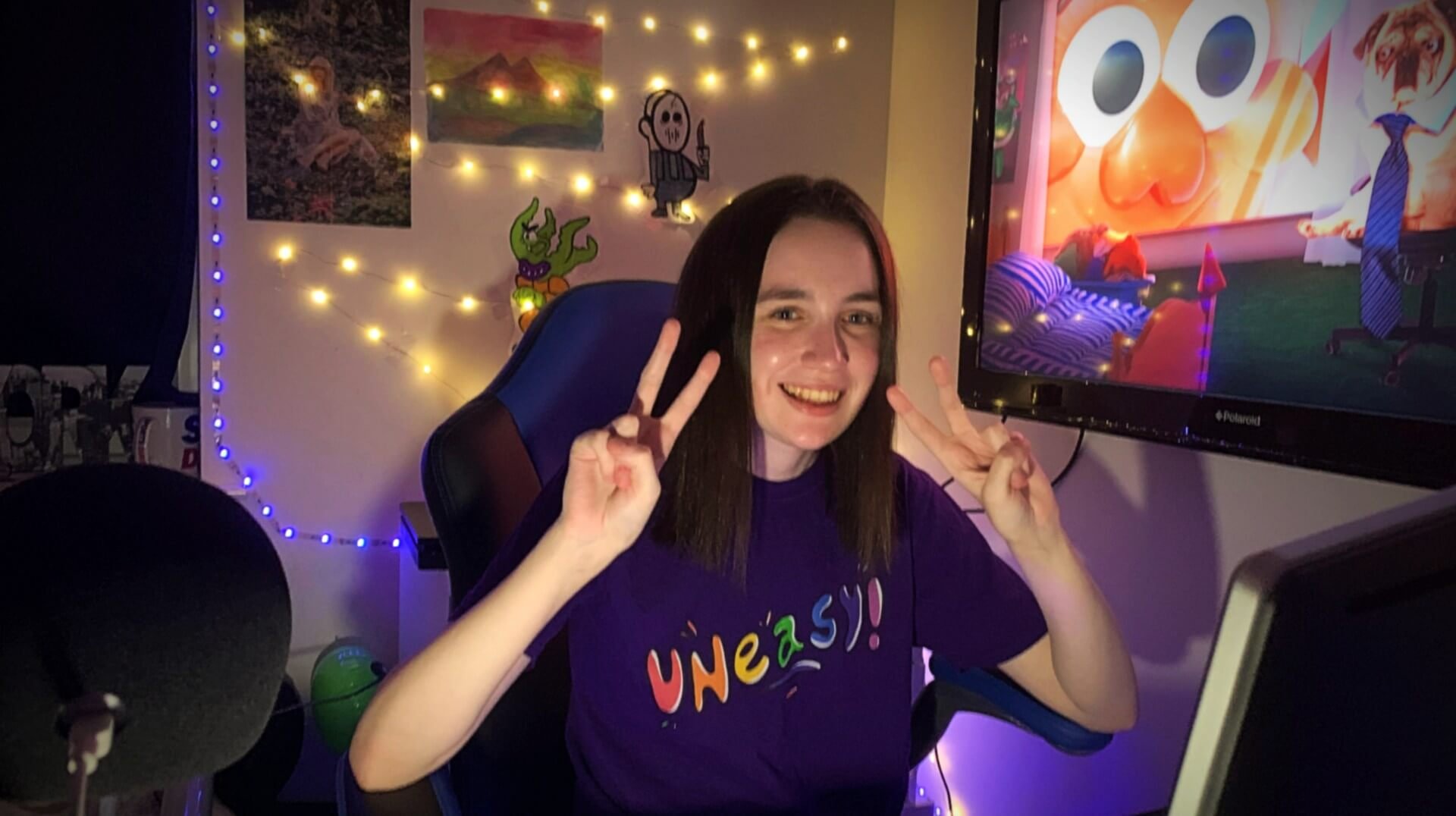 Today we’re taking a closer look at one of our first ever Jackbox Twitch Team members, chloelaura23! Her channel provides viewers a fun variety of different Jackbox titles and lots of interaction with her audience! Read on to learn more about chloelaura23!

How often do you stream Jackbox games?

I stream on Twitch four nights a week: every Wednesday, Thursday, Saturday and Sunday.

My favorite game to play is Push The Button (especially when I’m an alien). That being said, I love every game in the new Party Pack 7, it just might be the best one yet.

I found Jackbox Games by watching YouTube videos of other people playing it. The games seemed promising, so I went out and bought a Party Pack for myself! The only issue was that I had nobody to play with. So that’s when I turned to Twitch. It’s sort of crazy to think I never would have become a Twitch streamer without Jackbox Games.

Do you remember the first time you played Jackbox on a stream? What was the experience like?

The first-ever Jackbox game I played was Trivia Murder Party 2 and I instantly fell in love with the murder room mini-games. The game’s unique twist probably makes it my favorite trivia game of all-time. On my stream, we always try to complete the Scratch Ticket mini-game by scratching off all seven of the ‘good’ spots without hitting a skull. Nine months later and still no one has been able to do it, but that won’t stop us from trying!

Twitch is home to a lot of big personalities, but I’ve never been the type of person who likes being the center of attention. That’s why our community has a strong house party vibe. If you come to my stream and hang out with the people in chat, I believe you’ll instantly find yourself welcome. We’re always playing music, telling jokes, sharing drinks, and most importantly— playing games.

Jackbox brings people together so easily. It is very, VERY difficult to connect with people on Twitch. It usually takes hours and hours to get to know someone and feel comfortable around them. But it’s not like that with Jackbox, especially on Twitch. There’s this community of dozens of streamers and thousands of viewers that enjoy playing these games and making real-life connections every day.

I never really played video games growing up. When you catch me playing a game other than Jackbox, it’s always a brand new experience for me. It’s a lot of fun to play story-driven games for the first time. People in the chat are either also having that first experience or are super passionate about the game and want to see what decisions I’ll make. Oh, and I always want more game suggestions, so make sure to let me know in chat what I should play next!

Building this channel is probably the greatest thing I’ve ever accomplished. Not because of the number of followers I have or the number of people who tune in to watch, but because it’s allowed me to meet and connect with so many amazing people I would have never gotten the chance to know otherwise. I’m so fortunate to have found this community. If you’re reading this, maybe one day you’ll wander in and be a part of it too.

Do you have a recommendation for a Jackbox Twitch streamer spotlight? Mention us on Twitter with your glowing review!