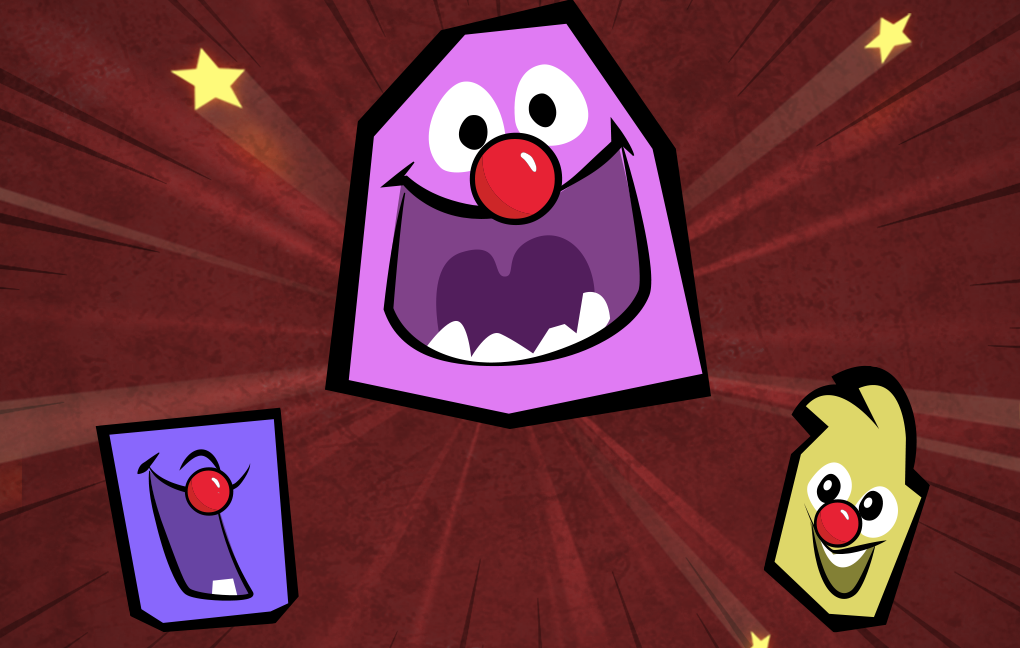 For more information on our partnership and the upcoming stream, check out the press release below or visit RedNoseDay.org/NoseBowl:

New York, May 15, 2019 (GLOBE NEWSWIRE) — Red Nose Day, the annual campaign to help end child poverty, is kicking off its first annual ‘Nose Bowl’ fundraiser on Saturday, May 18 at 12 p.m. PT/3 p.m. ET. Livestreamed from Los Angeles, the Nose Bowl will be a star-studded event that gives everyone a chance to participate in real-time – wherever they are.

Celebrities, including popular film star Jack Black (“Jumanji”), Retta (“Good Girls,” “Parks and Recreation”), Clark Gregg (“Marvel’s Agents of Shield,” “The Avengers”) and actress Jennifer Grey, will be joining top influencers Imane “Pokimane” Anys,  Rachell “Valkyrae” Hofstetter, Jacksepticeye (real name: Seán McLoughlin) and more for the event co-hosted by Alanah Pearce and Hayli “HayliNic” Baez. They will all come together with viewers to have fun, raise money and change lives through livestreamed competitions that take gameplay to a whole new level of excitement and engagement.

Whether the celebrities and influencers are doing karaoke battles or facing-off in a game of wits, viewers of the livestream won’t just be sitting on the sidelines watching. They’ll be actively involved in the games, empowered through their own donations to change the course of competitions and outcome of each game. Fans will even have the chance to join Jack Black and Retta in one of ten karaoke battles via Twitch Sings, with the actors personally choosing song submissions from fans for the duets. Celebrity guests and digital stars will also join teams participating in a Jackbox Games competition of robot rap battles in Mad Verse City, and a battle of wits and wackiness in Quiplash 2, both of which allow up to 10,000 viewers to vote and participate.

Watch the Nose Bowl livestream across Red Nose Day’s Twitch, YouTube, Mixer and Facebook channels (@RedNoseDayUSA). Viewers who donate will also have the chance to be rewarded for their generosity, with incentives including Xbox consoles, Xbox Game Pass tokens and branded swag, as well as access to free movie tickets from Fandango. Special MVP awards will also be given to outstanding livestream donors. For more information about the Nose Bowl livestream and how to participate, go to RedNoseDay.org/NoseBowl.

The Nose Bowl is part of a large-scale, public fundraising effort ahead of Red Nose Day on Thursday, May 23, bringing together millions of Americans to have fun and make a difference for children in need across the U.S. and around the world. Red Nose Day will be celebrated with a three-hour block of primetime television programming on NBC at 8/7c. The campaign’s official Red Noses are available exclusively at Walgreens stores nationally.

“Our first ever Nose Bowl livestream fundraiser is a great example of how we are looking to tap into the streaming and gaming communities to engage new supporters,” said Janet Scardino, CEO of Comic Relief USA, the nonprofit behind Red Nose Day. “We are so grateful to the incredible talent and influencers who are taking part, and hope Americans across the country will join them to have some fun while raising money that will truly change and save children’s lives.”

The Nose Bowl livestream marks the culmination of a series of individual livestream fundraisers featuring some of the world’s biggest digital stars. Jacksepticeye launched the campaign in April, raising over $100,000 for Red Nose Day in nine hours. That was followed by fundraising streams from Twitch stars Pokimane and Valkyrae, and multiple members of professional esports organization FlyQuest.

In addition to receiving the support of some of the world’s most influential streamers, Red Nose Day is also inviting fans to join their favorite digital stars in hosting their own livestream fundraiser. Supporters can get started by visiting RedNoseDay.org/Livestream.

Red Nose Day has partnered with peer-to-peer fundraising platform Tiltify to drive explosive engagement and donations for this series of events and the Nose Bowl. Purpose-built for live-streaming since 2015, Tiltify is the most effective platform on the market for livestream fundraising campaigns and the only fundraising platform with direct integration with the Twitch platform, allowing streamers to embed Tiltify’s interactive features like milestones, incentives and real-time contribution tallies into their stream pages.

Red Nose Day has raised nearly $150 million since launching in America in 2015, positively impacting over 16 million children. Money raised supports programs in all 50 states, Puerto Rico and some of the most underserved communities internationally to ensure children who are living in poverty are safe, healthy and educated.

Red Nose Day is a fundraising campaign run in the United States by Comic Relief USA, a 501(c)(3) nonprofit organization. Red Nose Day started in the U.K., built on the foundation that the power of entertainment can drive positive change, and has raised over $1 billion globally since the campaign’s founding in 1988. Red Nose Day launched in the U.S. in 2015 with a mission to end child poverty, and has raised nearly $150 million to date. Money raised supports programs that ensure children in need are safe, healthy and educated, both in America and around the world. Since launching in the U.S., Red Nose Day has received generous support from millions of Americans, hundreds of celebrities and many outstanding partners, including Walgreens, NBC, Mars Wrigley Confectionery, and the Bill & Melinda Gates Foundation. Red Nose Day returns for its fifth year on Thursday, May 23, 2019. For more information about Red Nose Day USA and its impact, visit www.rednoseday.org. Follow @RedNoseDayUSA on Twitter, Instagram and Facebook.

Tiltify is the fundraising platform for the digital generation, providing live, interactive telethon-style technology that engages donors to invest in the cause. Tiltify harnesses the power of both traditional fundraising and modern digital livestream engagement with platforms like Twitch and YouTube, enabling any organization to dramatically expand audience reach. Organizations like Direct Relief, St. Jude Children’s Research Hospital, Save the Children, AFSP, Make-A-Wish and hundreds more use Tiltify to engage the Millennial and Gen Z generation for single signature events and large DIY campaigns that launch in minutes. To learn more visit tiltify.com.

Jackbox Games, formerly Jellyvision Games, is a developer and publisher of party games on major gaming platforms and home entertainment devices. The studio is best known for comedic party games like YOU DON’T KNOW JACK, Fibbage, Quiplash and Drawful. Jackbox Games “makes the world’s best party games” according to Business Insider. YOU DON’T KNOW JACK has been called “the greatest quiz-show game ever made” by The Onion’s A.V. Club. All current-generation Jackbox games feature the innovative use of mobile devices as controllers, allowing anyone with an internet-connected phone, tablet or laptop to join a game without the need for extra game controllers. Players connect to games on their devices by visiting Jackbox.tv and entering the custom game code displayed via the system hosting the game. This unique concept also allows for games that involve secret player input. The digital release of The Jackbox Party Pack, a massive collection of five party games, was named “Best Local Multiplayer Game of the Year” by Giant Bomb. The company is located in Chicago, Illinois.