How to Lifehack These Jackbox Halloween Costumes 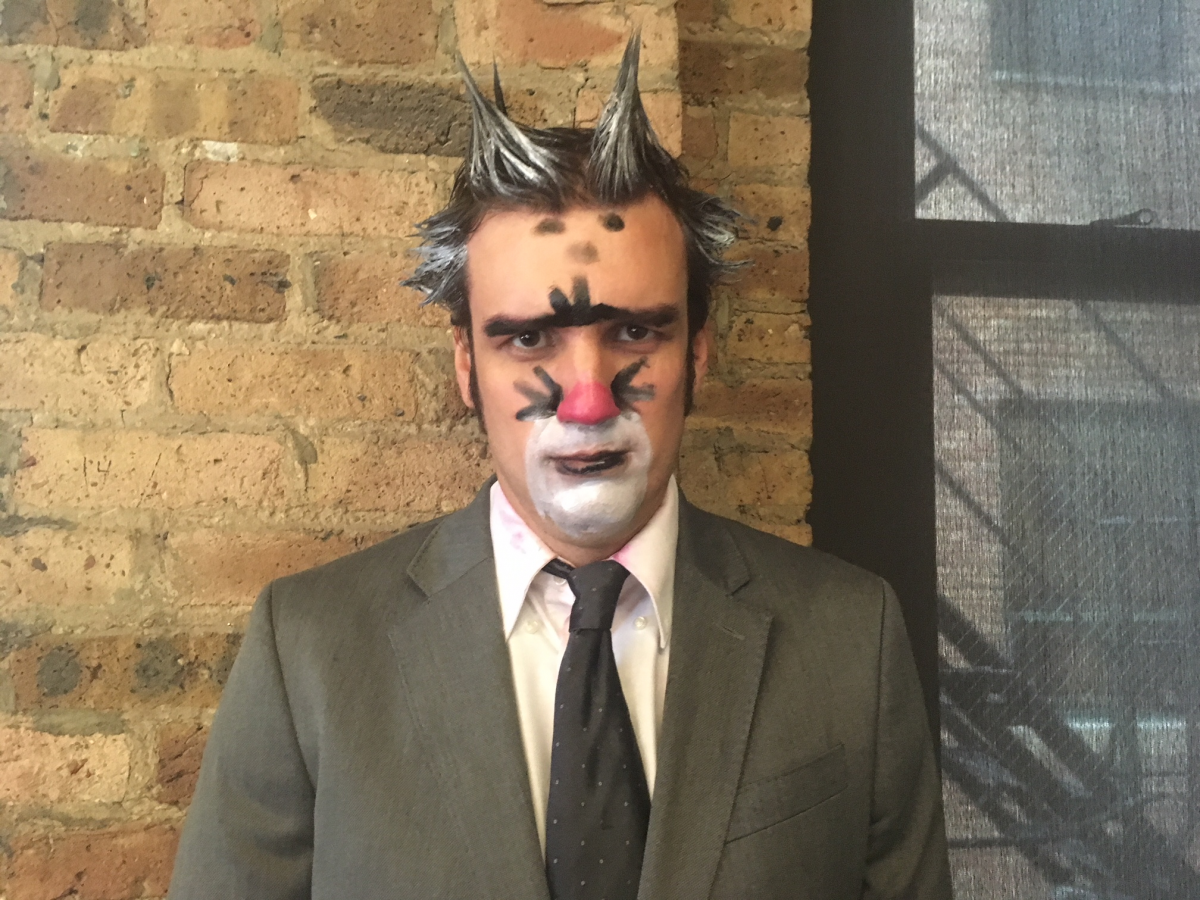 It’s the number one trending topic on every social media site: DIY Jackbox costumes. But what’s the OFFICIAL way to make them?

Let us help get you started with a few unique, hilarious, and CHEAP costumes for your upcoming Halloween parties. I have picked some ideas and spent my day in the Jackbox offices creating picture perfect pictures of various Party Pack iconography.

This is more or less closet cosplay, but I’m a theater kid so my closet has bald caps and various capes in it. Also, Jackbox generously gave me $5 to put this blog together. Otherwise, I’m mostly making suggestions as inexpensive and entertaining as the Jackbox games themselves!

One of the most famous images associated with Jackbox games is a head in a box.

This costume is easy. All you need is a small box and bald head. Boxes can be stolen from your office* and you can achieve a bald head through shaving, having an actual bald head, or letting time take its toll.

This costume is perfect for gaming conventions and/or Halloween screenings of Seven.

It a scientific fact** that the average American has at least one monster costume at home. If you’re looking to spice up your vampire, mummy and/or witch costume, might I recommend making them a little…..sexy? As you can see, I also printed out some images from the game. Like the heart point icon and some phrases I could attach to my cape. The end result:

Would you like to be dressed to the nines AND ahead of the curve? Why not dress like a character from The Jackbox Party Pack 5?

The Split the Room host is a Halloween Costume with a sense of style, much like the Phantom of the Opera.

Split the Room is a game about creating difficult decisions. My final costume has generated a image that is even more gut wrenching:

Drawful and Drawful 2 are games that provide a prompt and then ask you to draw it to the best of your ability. Halloween provides you a chance to throw a party where every guest gets a Drawful prompt and has to make a costume (possibly right on the spot).

I’m going to ask a coworker for a random prompt and make the costume out of stuff that I find*** around my office. Here’s the prompt: “failing a lie detector” (Full disclosure: this is the second prompt… the first was vampire related because the universe just wants to see me in a cape but I wanted a challenge)

Here are my materials:

And the end result:

Imagine a party where everybody has to assemble these outfits and everybody had to guess what they are trying to portray. It’s like your Jackbox Party Pack came to life!!*

Got a great Jackbox-y costume? Throughout the month of October, tag us in your pictures on Twitter or Instagram and use the hashtag #JackboxHalloween in your post! And, don’t forget to pre-order The Jackbox Party Pack 5 for PC/Mac/Linux OR purchase it upon release on October 17th!

***Steal. I steal from my place of work.