Check Out Our Full Schedules for PAX East & C2E2! 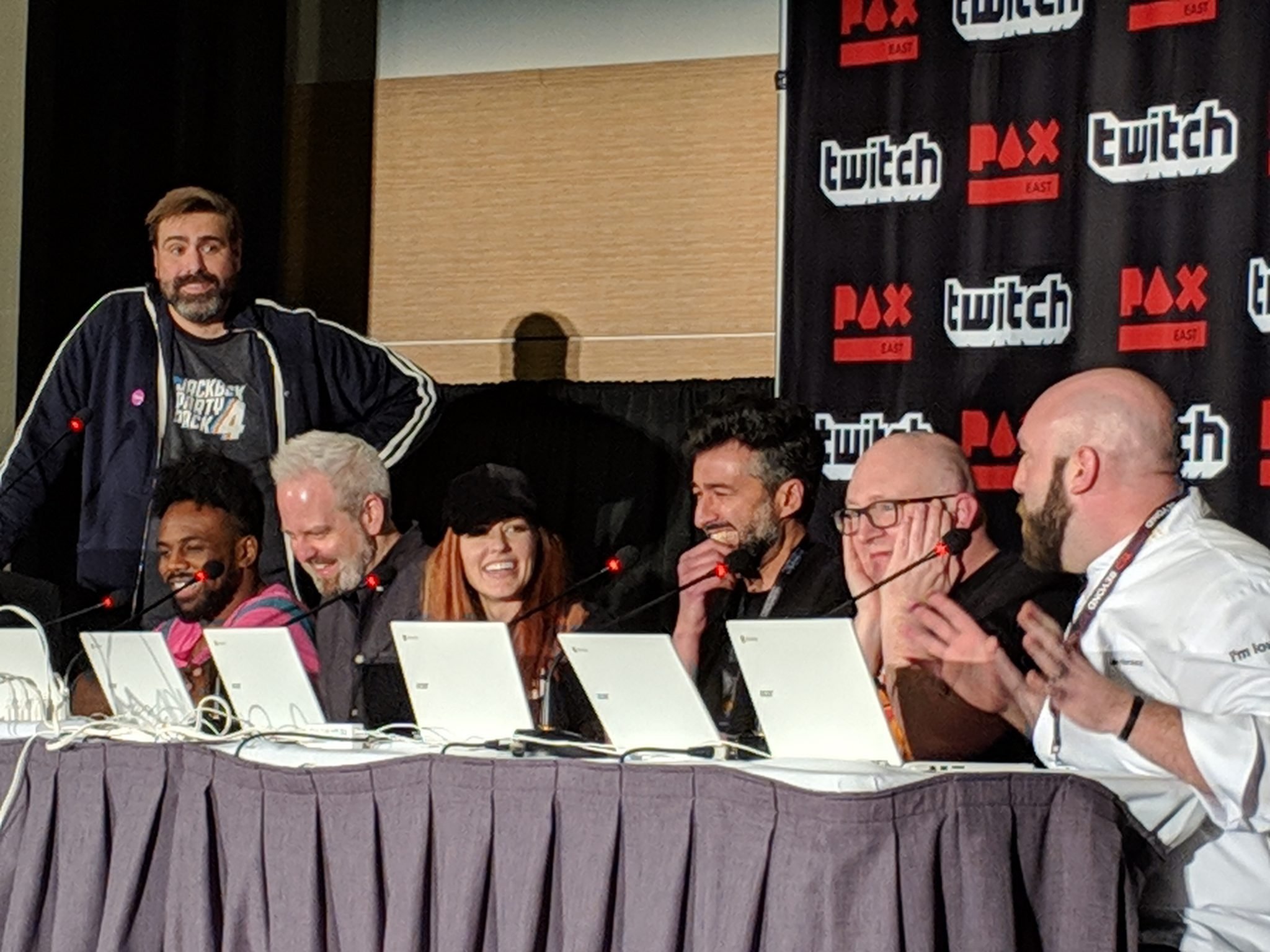 Wonderous things come in twos. Aliens and humans. Captain Chuck and the parrot. The Dictionarium Angel and Devil. PAX East and C2E2.

This year, Jackbox Games staff are taking over Chicago and Boston on the very same weekend! Our schedules are packed so let’s get right to it…

Watch it from home hosted on our Twitch channel.

Location: Level 1 near the food court

As in PAXes of years past, we’ll be playing Jackbox Games titles on Level 1 near the food court area. Play along on your mobile devices for your chance to win a free pin!

The Jackbox and Friends Panel

The Jackbox panel is back and bigger than ever! This year, Jackbox Games  welcomes a distinguished panel of special guests including Josh Grelle, Colleen Clinkenbeard, and Brina Palencia from My Hero Academia, and the band members of Direct Hit! They’ll be competing in several hilarious party games including new favorites from The Jackbox Party Pack 6! Attendees will be able to play along with the panel members and influence the outcome of the game using their mobile device!

Join the writers and artists of Jackbox Games and Cards Against Humanity as they battle it out in the second annual live version of the hit party game, Tee K.O.! Watch us as we pair nutty drawings with nonsensical slogans to create t-shirts you’ll want to own. Or that you wish you could un-see.

Jackbox Games in The Yard

Location: The Yard in the Expo Hall

Come compete in hilarious new party games from the team at Jackbox Games. Attendees in The Yard will be able to play along with new favorites from The Jackbox Party Pack 6, right from their mobile devices!