Play a game of Champ’d Up in The Jackbox Party Pack 7. Create ridiculous champs and battle them for supremacy. But draw with care because these champs are going to make their way into the physical world! 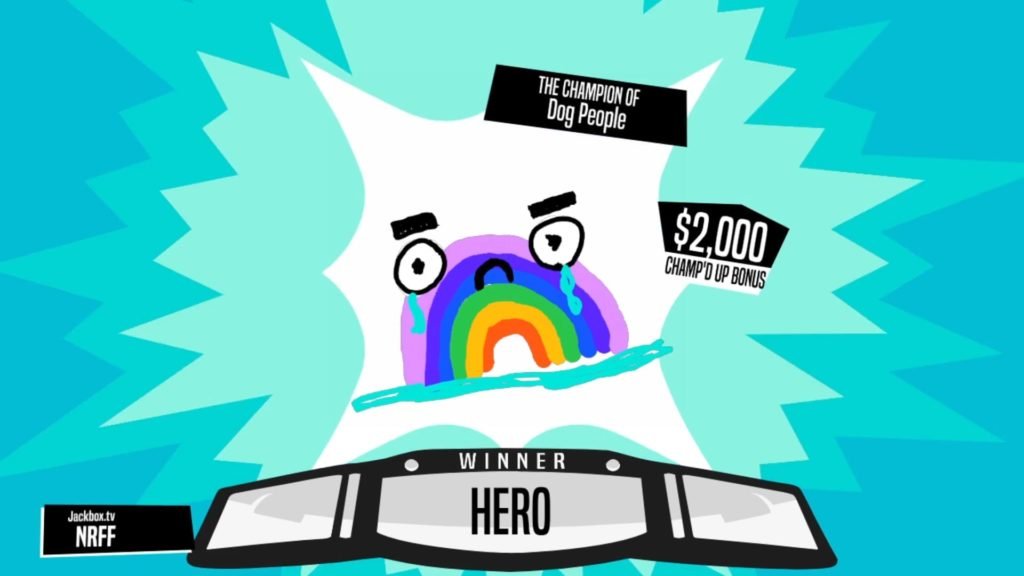 After your game, you can purchase a pack of Champ’d Up: Slam Down cards with the characters you created in Champ’d Up. It will be custom printed and delivered right to your door. 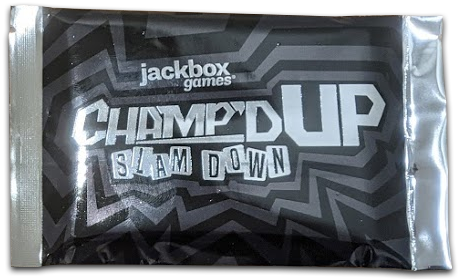 When you receive your cards, grab a friend and play this simple but exciting take on a 1-on-1 collectable card game. Combine decks and trade cards with others for even more ridiculous mayhem. 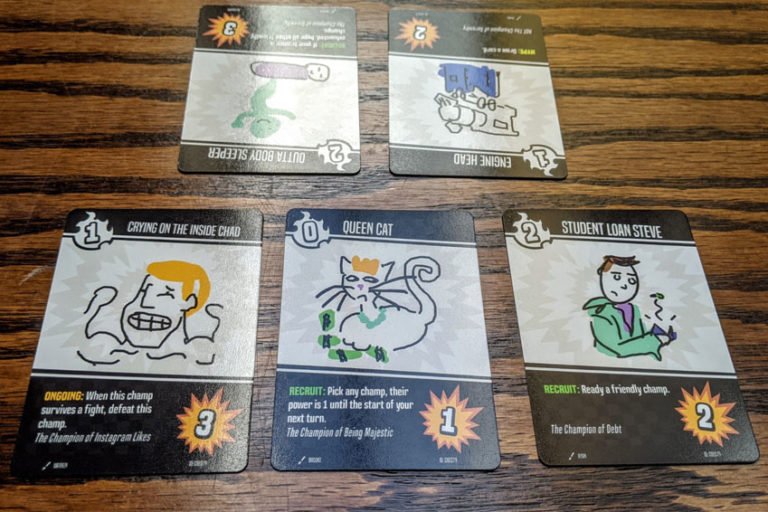 A card game based on a video game? But you play the video game to get the cards to play the card game? Exactly.

Champ’d Up: Slam Down is a collectable card game with custom decks of cards generated by playing Champ’d Up from The Jackbox Party Pack 7. The games live in the same universe, but they’re totally different. For starters, one is a video game and one is a card game. Also, one is an 8-player party game about making funny characters and the other is a 2-player combat strategy card game. It’s all very weird so maybe it’s best not to think about it too much. Just get a deck of cards and start playing. You’ll be glad you did.

Each card pack of Champ’d Up: Slam Down included 3 trainer cards and 15 champ cards — everything you need to play a full two-player game. You can also buy multiple card packs and combine them to make an even bigger deck of champs and have more trainers to choose from. No matter how many packs you buy, you will never receive a stick of chalky gum. That’s our promise to you.

Get a Pack Now!

Don’t want to go through the hassle of playing Champ’d Up to get a pack of cards? You can order our” Designer’s Pack” with characters made by the Jackbox Games staff and start playing right away.

NOTE: Champ’d Up: Slam Down does not ship outside of the United States and Canada

Each player chooses a trainer card and draws a hand of champ cards. Then you each take turns using energy to recruit champs from your hand into the ring to fight your opponents’ champs. Champs battle based on their power and abilities. If you can clear the ring of your opponent’s champs, you can call out your opponent’s trainer. Do that three times to win the game.

Okay, there’s a bit more to it than that. Check out the complete rules or watch the video below to learn more.

Read the Complete Rules
Download a Printable PDF of the Rules

Who Designed The Game?
The gameplay for Champ’d Up: Slam Down was designed by Sam Strick in coordination with Jackbox Games.

There’s something wrong with my order. What do I do?
Please check out our knowledge base for help and if you can’t find an answer there, contact Jackbox Games customer support and we’ll do our best to help you out.

What do those little icons on the bottom of the cards mean?
They refer to what happened in the game of Champ’d Up that created the champs for the deck.
–  The name next to the paintbrush is the user who created the character
–

Don’t forget the digital game! Champ’d Up! is available in The Jackbox Party Pack 7.