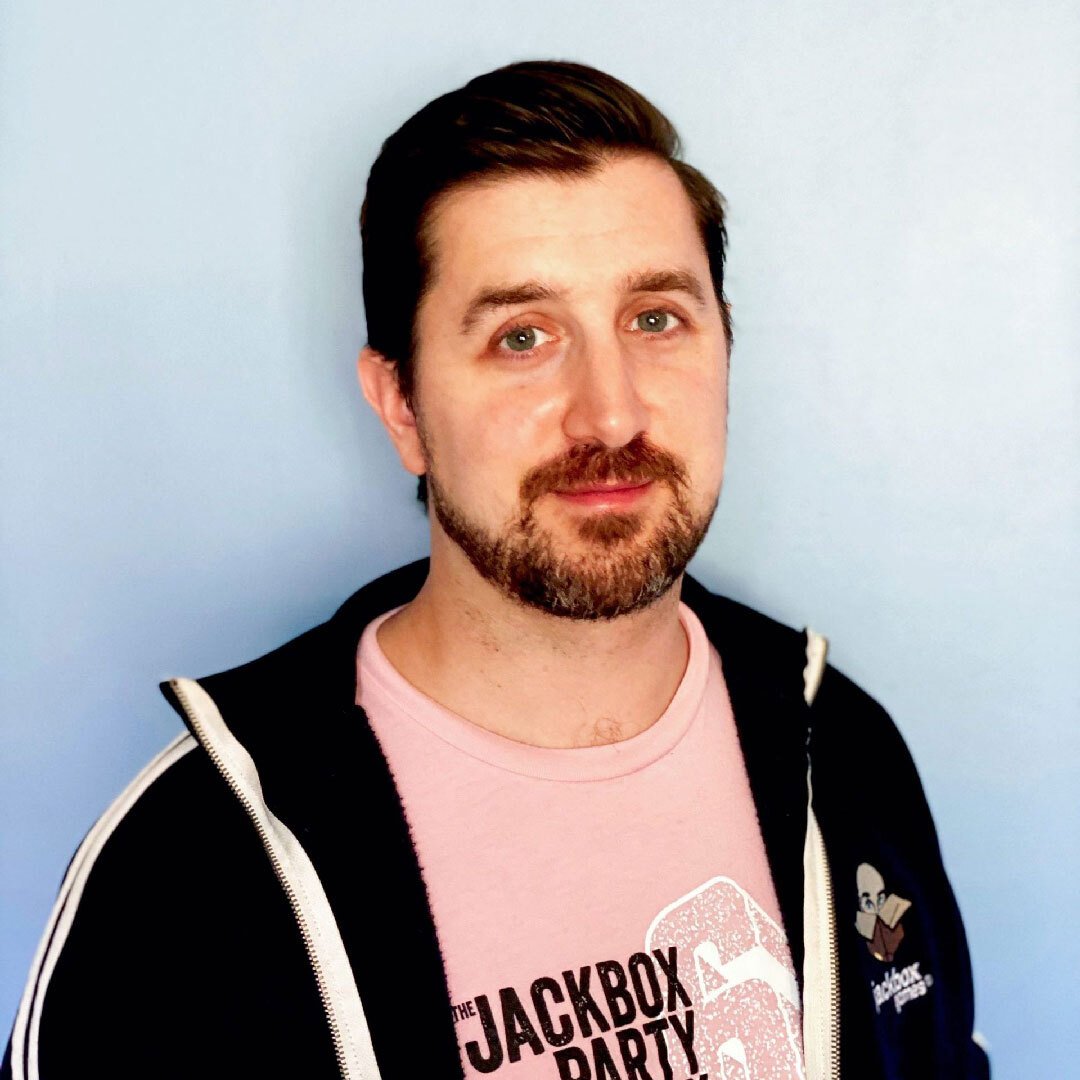 Meet Mike Zuba! Mike is our Director of Production. He leads our team of producers in making sure that we’re keeping projects moving, hitting game milestones, and submitting on time for release. Mike is a master of logistics and organization. He’s a leader at Jackbox because he GETS. STUFF. DONE. And, he’s a joy to work with!

Read on to learn more about Mike!

I started with Jackbox Games over eight years ago back in 2012 to help get You Don’t Know Jack Facebook off the ground. It was a pretty neat gig for me to land at the time. I was coming off of trying to break into the game industry by making an underwater farming simulator that unfortunately did not succeed. Plus, I was moving back home to Chicago. On top of that, I’ve been a huge fan of YDKJ since their CD-ROM days when I used to play with my family huddled around a single keyboard.

What is your favorite thing about being the Director of Production at Jackbox?

I thrive on coming up with creative ways to solve problems, and I get to do it here every single day! My day can range from trying to solve a complicated game design problem, to engineering a new game system, or to helping a team of people work better together.

Aside from the work associated with production, what do you enjoy most about working at Jackbox?

For me, it’s definitely being surrounded every day by such a talented and creative group of people who are extremely dedicated to making our games the absolute best they can be. It’s very enriching.

It’s so hard to pick just one! Push The Button might be my favorite, but I also need to give a shout-out to Bomb Corp. It’s a different and unique game for us to have made, with an EXTREMELY rich and hilarious story… and fun puzzles!

What might surprise people about working at Jackbox or working on the production team?

I think there is a common misconception that, because we pump out five new games wrapped up into a Party Pack every year, we are this large game studio. We are pretty small. In general, each game within a Party Pack is made with a single person in each of the key roles like Art or Engineering.

What are some hobbies you enjoy outside of work?
Is it cliché if I say playing video games? Is it also cliché if I say spending time with my wife and our two wonderful children? Other than that, I don’t really have specific hobbies because I kind of just enjoy everything! Camping, bike riding, coffee, bourbon, cooking, gardening, reading, running, watching television, talking about politics, and whatever else I can stumble my way into.