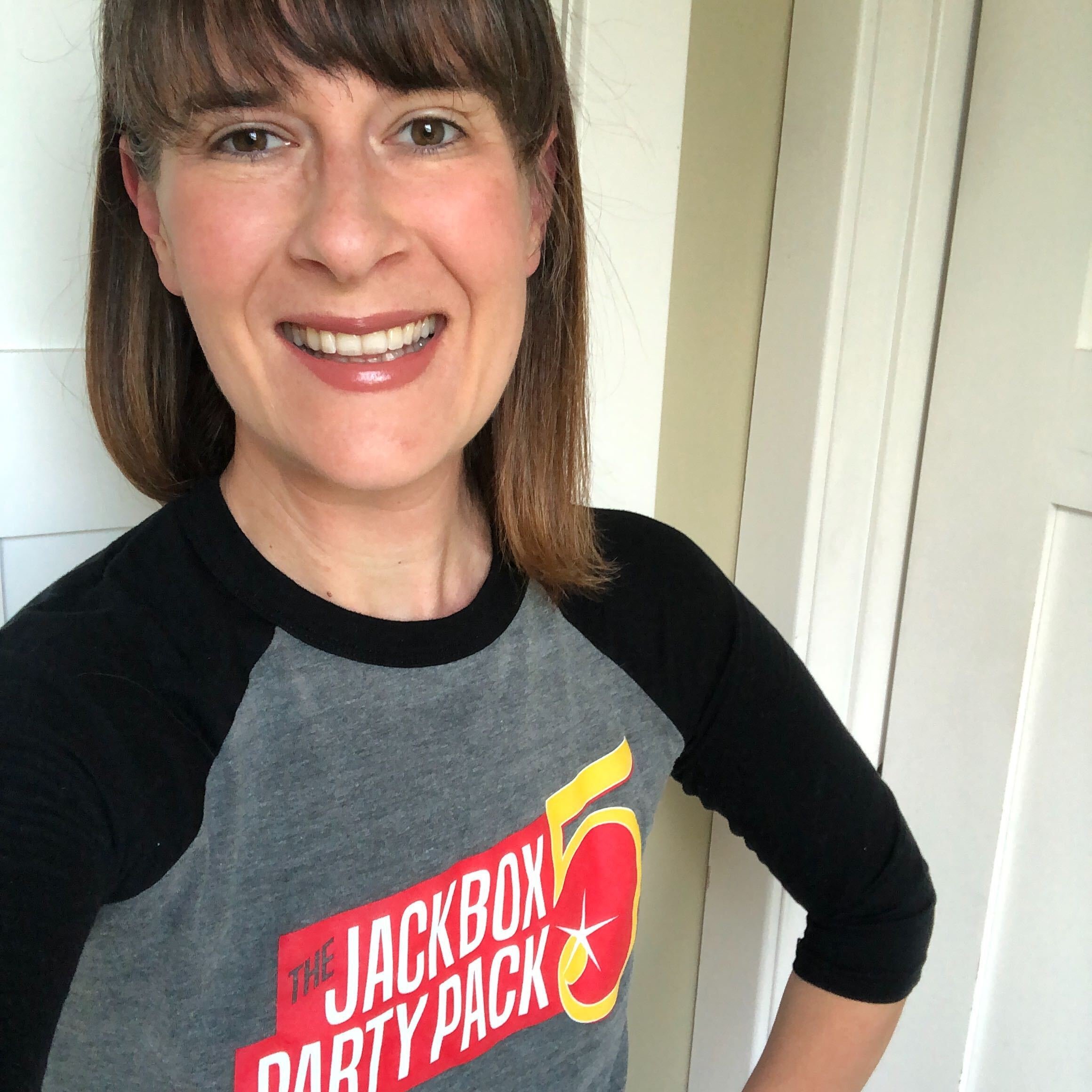 Meet Brooke Breit! Brooke is one of the powerhouse comedic writers on our team. You may have seen her in a tv commercial or heard her voice as Flower in the Hello from the Magic Tavern podcast! At Jackbox, she helps fuel the content you see in game prompts or the voiceover for the hosts. Brooke is also the mind behind Joke Boat in The Jackbox Party Pack 6!

Learn more about Brooke below!

I started working at Jackbox because I saw a friend’s post on Twitter that they were hiring writers, and I had heard from friends about what a great place it was to work.  I was looking for something new and challenging after performing on stage for years, but also was looking for something that kept me in Chicago.  That was 2 ½ years ago, and it is incredible how lucky I feel that it was such a good fit!

What is your favorite thing about writing for Jackbox?

Every writer brings themselves and their unique voice to their writing and that is definitely honored at Jackbox.  And the people I work with make me laugh every single day.

Do you have a favorite Jackbox memory?

I had to write a line for Captain Chuck to say in the lobby for Joke Boat, so I messaged Spencer Ham (who was directing) when one occurred to me, on my way to work.  I didn’t realize it would show up like a text message on his phone, and he was very confused as to why I was texting him “toot toot, gotta scoot” first thing in the morning.

Joke Boat is the first game I pitched, and I had the pleasure of working on the design team, and I am so blown away with how the entire team made it so beyond anything that was originally imagined.

Maybe not surprising, but worth saying…Jackbox Games makes their employees feel valued and important.  And I think that shows in the work we do.

I once performed an improv show for the band Mumford & Sons, backstage immediately following their concert, and the reason I have bangs is because Robert Englund told me I should cut bangs, and I’m pretty sure you have to do what Freddy Krueger tells you to do.