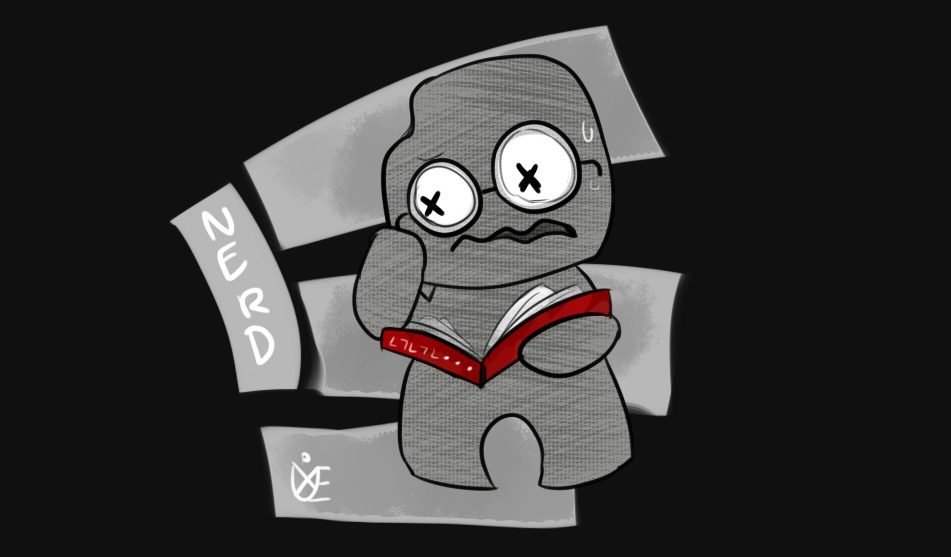 It’s time for our second-ever fan spotlight and this time, we’d like to introduce you to one of our most dedicated fanart content creators, Uxie! We’re lucky to be regularly blessed with new art from Uxie and she’s one of our wonderful mods in the Jackbox Games Discord server. Meet Uxie!

Surprisingly, I first heard about it through Drawful! Thanks to YouTube putting it into my recommendations, if I recall correctly. However, it wasn’t until Trivia Murder Party that I ended up becoming intrigued and eventually a fan! Trivia Murder Party was even the first game I excitedly played in a Twitch stream. How has Jackbox Games impacted your life?

I believe Jackbox Games has had a pretty big impact. If it wasn’t for the discovery, not only would I have not drawn fan art, but as well as many other things that I was inspired to create and draw to this day. That and the community is amazing and I’ve met such great people! Even if I sit back and relax during streams, I’m happy with how I’ve been able to talk with the team and look forward to upcoming games… To think I’ve witnessed the reveals of pack 4 and 5, and now 6? Time flies! Which is your favorite Jackbox Games title and why?

While Trivia Murder Party is obviously my root into the community, if I had to choose one next to that? Probably Patently Stupid! It always makes me laugh – especially when I’m able to present with a voice. That and making some strange, weird or creative stuff as inventions. I usually can go for a round 2 of Patently Stupid!

For someone who has never played Jackbox Games before, which game do you recommend starting with and why?

Quiplash 2 is a good one that I’ve played with others but if you’re a trivia kind of person, try out YDKJ: Full Stream and Fibbage 3! Are you someone who likes to doodle? Tee K.O. and Patently Stupid can be fun! (You could also try out Trivia Murder Party to get into the hype for its sequel!) You create so much cool Jackbox Games fanart! What’s your favorite stuff to draw related to our games?

Thank you so much!! I’m really happy to have had my art seen by the team! It’s true that I’ve drawn fanart for different games over the years but I’d say…Trivia Murder Party, of course. I’ve always really liked the little doll avatars and they’re fun to draw! (I end up excited for the reveals of the ones that’ll appear in the sequel as well!) Zeeple Dome was another game that was fun to draw about too! I even drew a whole band inspired by its soundtrack once.