Here Are All 5 Games in The Jackbox Party Pack 8 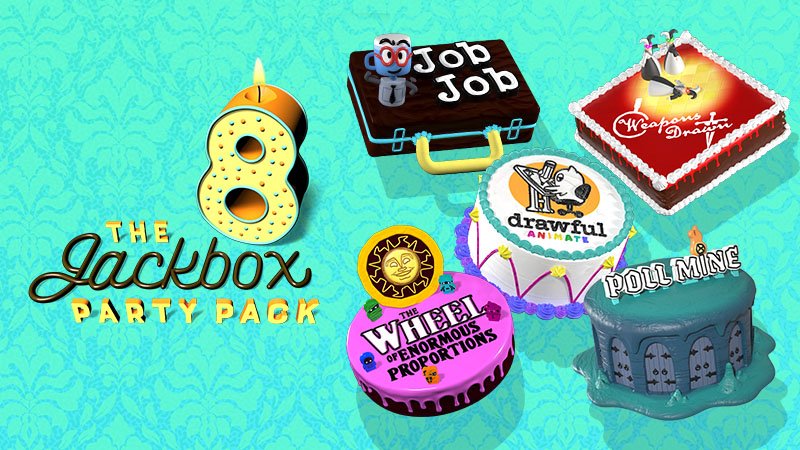 Here are the five new games in The Jackbox Party Pack 8:

Getting a job has never been more fun and chaotic!

Job Job finds the right person for the role with a series of icebreaker questions, which are then scrambled and shared with other applicants. You’ll use their words to answer interview questions and prove that you’re the best candidate for the job (job)!

Picture this… you’re trapped in a magical mine. The only way out is through enchanted doors that open when you correctly rank your group’s opinions on topics such as:

Get ready for lots of heated conversations, silly logic, and social strategy.

This exciting new spin on the Drawful series will be coming this Fall to The Jackbox Party Pack 8.

You’ll have two panels to draw out your prompt and friends will have to accurately guess which prompt fits your animation while trying not to fall for decoy responses.

The Wheel of Enormous Proportions is a game of trivia and chance. Dive into this prompt-answering, wheel-spinning extravaganza.

The fun only begins there as each trivia round is followed by a raucous round of spinning in which players whirl the Wheel in circles hoping it stops on their chosen slices. Glory and riches await the winner.

Weapons Drawn is the social deduction game where everyone did it. Try to successfully hide your murders and solve others with sneaky hand-drawn calling cards.

The Jackbox Party Pack 8 is now available on major platforms!