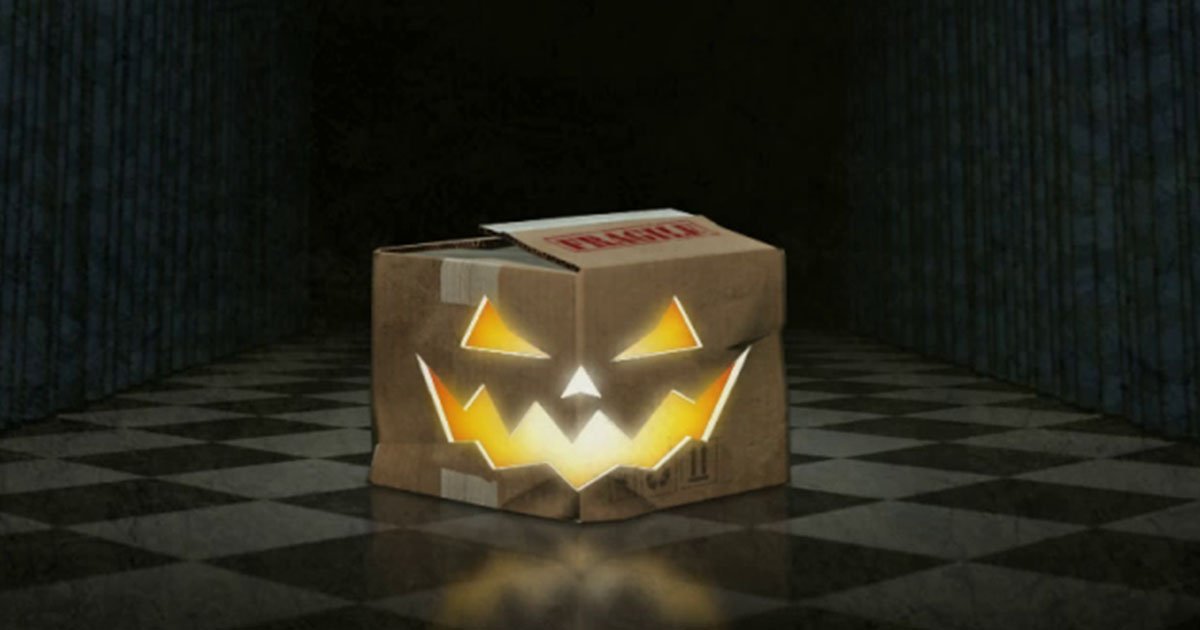 Halloween’s not just about carving pumpkins and scaring the neighborhood kids — it’s also an excuse to throw a party and have fun with friends playing Halloween-themed games! A lack of Halloween game ideas might be causing you a fright, but there’s no need to be scared. Jackbox has you covered with terror-ific games that your friends and family will love!

At its core, Jackbox Games are party games that focus on trivia, drawing, social interaction, and humor. Unlike most other games, each player only needs a smartphone or tablet that they use as a controller. Anyone can effortlessly connect and play! Up to 8 players (sometimes more) can join in. See all games by player count here. Game settings can be adjusted to suit your party. A family-friendly filter can be toggled on in certain games for an all ages party. Below, you’ll find a list of eight easy-to-play Jackbox Games that are sure to make your party a scream.

Players answer trivia questions and answering incorrectly will send you to the Killing Floor, to play mini-games that can kill. New mini-games include avoiding swords stabbed into a magician’s box, tattooing the killer’s back and most terrifying of all… using a rotary phone!

Are you less interested in murder and more into finding love? This is your cup of tea. Monster Seeking Monster is a dating-themed party game where players send each other secret messages trying to set up dates. After each round, you discover who chose to date each other… and who was betrayed.

Oh, and did we mention you’re also all secretly monsters with different hidden powers? Maybe you’ll get extra points for spreading vampirism. Maybe you’ll gain or lose points depending on whether you date someone during a full moon. Or maybe, just maybe, you’re the scariest thing of all: a ventriloquist puppet.

Players are awarded hearts for matching with other players and bonus hearts that relate to their special hidden powers. Throughout the game, monsters are revealed and you have the opportunity to counteract their powers. But you can ignore all that if you want, and just use Monster Seeking Monster as another excuse to type funny things that will make your friends laugh.

Just… be careful about the robot, okay?

Monster Seeking Monster is available in The Jackbox Party Pack 4.

Junktopia is a joke-driven writing game where you win by building funny backstories for unusual objects. As you enter the world of Junktopia, you and your fellow players have all been turned into frogs by a strange wizard – but don’t worry, he’ll turn you right back! If you can turn the most profit by reselling some strange antiques.

You’re going to get the chance to buy evocative, beautiful, weird, wet, and wild pieces from the shop, and then use your creative minds to write a few hilarious facts about them. The group will then appraise the objects based on their new backstories; more votes equals more value added.

This game is perfect for your Halloween party with funny friends, and is a great pick for virtual Halloween parties as well. Whether you’re celebrating Halloween remotely over video call or planning a Halloween game night in person, Junktopia will have your group laughing all night long.

Junktopia is available in The Jackbox Party Pack 9.

In Push The Button, your ship has been invaded by aliens who look just like your best friends! Luckily, the ship’s AI, DODE (Digital Officer During Emergencies), has developed a series of creative tests that will determine if you’re human or a sneaky space creature trying to blend in. Find the aliens and eject them into space before the timer runs out or we’re all doomed!

Crew members will compete in a series of tests meant to determine their humanity. You’ll scrutinize text responses in the Writing Pod, critique crude doodles in the Drawing Quarters, eyeball odd choices in the Deliberation Deck and attack tough takes in the Opinion Hold.

Once a player thinks they have it figured out, they can shove the accused into the airlock and PUSH THE BUTTON!!! And good news! Up to ten players can join in the accusatory fun!

Push The Button is available in The Jackbox Party Pack 6.

During each round of Survive The Internet, players get a different prompt on their device that asks a simple, opinion-based question like, “How do you feel about Fidget Cubes?” Let’s say you’re wildly addicted to them, so you respond with, “I’m addicted to them!”

That response is then randomly sent to another player. Their objective is to take your quote out of context in the funniest way they can. So your opponent might add a hashtag to make it seem like you’re addicted to #HomeworkAssignments, #Swirlies, #UndercookedFrenchFries, or some other thing that makes you look like a total putz!

Then, everyone votes on who comes out looking the most ridiculous. You earn bonus points for being the person who made them look that way! And our putz friends earn some pity points for sacrificing their reputation. The player with the most points at the end “survives.”

Survive The Internet is also the birthplace of Jackbox’s favorite non playable character, Gene! Play your cards wrong and Gene may just out-survive you. But hey, it’s good to let Gene win now and again. He needs this, guys.

Survive The Internet is available in The Jackbox Party Pack 4.

At the beginning players are prompted to draw two “weapons” (things like “zoo animal” or “big cannon”). Each player also has a calling card:, a letter from their name that they’ll have to try to hide in each of their drawings. One weapon will be attached to the player as a reference drawing for everyone to see. The other drawing will be dropped at a crime scene whenever they successfully commit a murder.

Players also write the made-up name of an Accomplice, a guest they’re bringing to the party as bait for the other murderers. If you correctly guess who wrote an Accomplice’s name, you murder them. But each murder attempt also gives points to the player that wrote that name. So ideally Accomplice names draw attention to themselves without immediately giving away who wrote them. (Players don’t earn anything for Accomplices surviving until the end. You want other players to try to murder them.)

When the lights go out it’s time to try to murder an Accomplice before the other players do. Luckily if you guess wrong you’re given a small clue and (after a short cool-down timer) more chances.

Once the lights come on it’s time to investigate. Murders are presented in sets of two, for the players to vote on which to solve (and which, for now, to set aside). If you’re one of those murderers, you might want to try to get players to vote for the other case. After it’s narrowed down to one case everyone votes for who they think did it. The player with the most votes get revealed as either Innocent or Guilty. And players who guessed correctly get points (whether it’s revealed or not).

Don’t worry if you mess up the first time around because everyone gets a second chance to draw more weapons and bring another Accomplice.

At the end it’s time for Cold Cases, a final speed round where every unsolved case is voted on and ultimately revealed.

Weapons Drawn is available in The Jackbox Party Pack 8.

Oops! You and your fellow adventurers are caught stealing a witch’s treasure in an enchanted cavern. Each player is placed on a team (and you can switch!) and then asked to answer some hard-hitting survey questions like “What is the best ice cream flavor?” Then it’s a head-to-head battle as each team tries to figure out how the entire group answered.

The team that does the best will escape the cavern, while the team that fails… well, you’ll see. So pick your teams, rank your choices and then take your guesses. Good luck!

With room for up to 10 players, this game is perfect for a larger Halloween gathering. Even more people can join the audience of the game and affect the outcomes by answering polarizing questions on their phones.

You might want to warn your neighbors if you plan to play The Poll Mine at your Halloween party, though. This uproarious team game is sure to get everyone laughing, chatting, and debating everything from “best smells” to “weirdest ways to greet someone.”

The Poll Mine is available in The Jackbox Party Pack 8.

In Tee K.O., players are on the clock to create drawings and write as many slogans as possible. Then all the pictures and slogans are shuffled to other players at random. Whoever combines their drawings and slogans to create the best t-shirt wins, as designs are pitted against each other in head-to-head battles. The t-shirts with the highest votes in each round must survive the gauntlet to become the best. Tee… K.O. Get it?

Perhaps the most beloved part of Tee K.O. is the fact that you can make your silly great creations a reality and purchase actual versions of your t-shirts. Just click the gallery button at the end of the game or view your past galleries at Jackbox.tv. Learn more about viewing past game galleries here.

And we made it easy to share your t-shirts from your Halloween game night on social media. For some reason, it’s a lot of shirts with hot dogs…

Be sure to tag us on social media to show us your memories from your hilarious Halloween party! You can find us on TikTok, Facebook, Instagram, Discord, or Twitter. Happy Halloween!