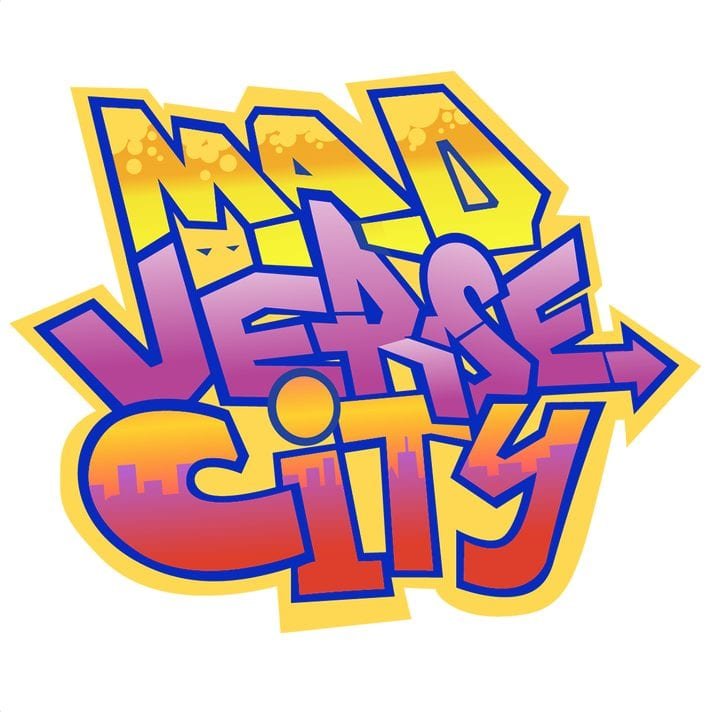 Come back to the 90’s with us, for a tour de force of the greatest rap beefs of the era. Except, in this timeline, that era went a little differently. We call it Mad Verse City, and it’s the third game in The Jackbox Party Pack 5.

Giant robots have invaded, and they want one thing: to set the city ablaze with their best verses. Thankfully, all citizens of Mad Verse City are out of town, except for a thirsty and rambunctious crowd and our esteemed hosts, Chicago legend Shadow Master MC and his sidekick, DJ Raych. They’re going to do their best to referee this competition as these Titan MCs let loose on the mic. At stake are mountains of cash, and the respect of whatever is left of the city when they’re done. Join them this fall to decide who is the greatest in Mad Verse City!

* The ability to write sick rhymes using your smartphone.

* Hear your MC avatar rap the bars you write out loud (they’re a little robotic, but they are doing their best).

* “Write for Me” and “Suggestions” to help you when you’re off your game.

* Cheer along during the raps and hear the crowd roar.

Watch our friends at Polygon give a first look at an early version of Mad Verse City here.

Mad Verse City will join YOU DON’T KNOW JACK and Split the Room, along with two other to-be-announced games in The Jackbox Party Pack 5. Be sure to follow us on Facebook, Instagram or Twitter for the latest updates about the pack, coming this fall.