About Custom Episodes of Quiplash and Drawful Games 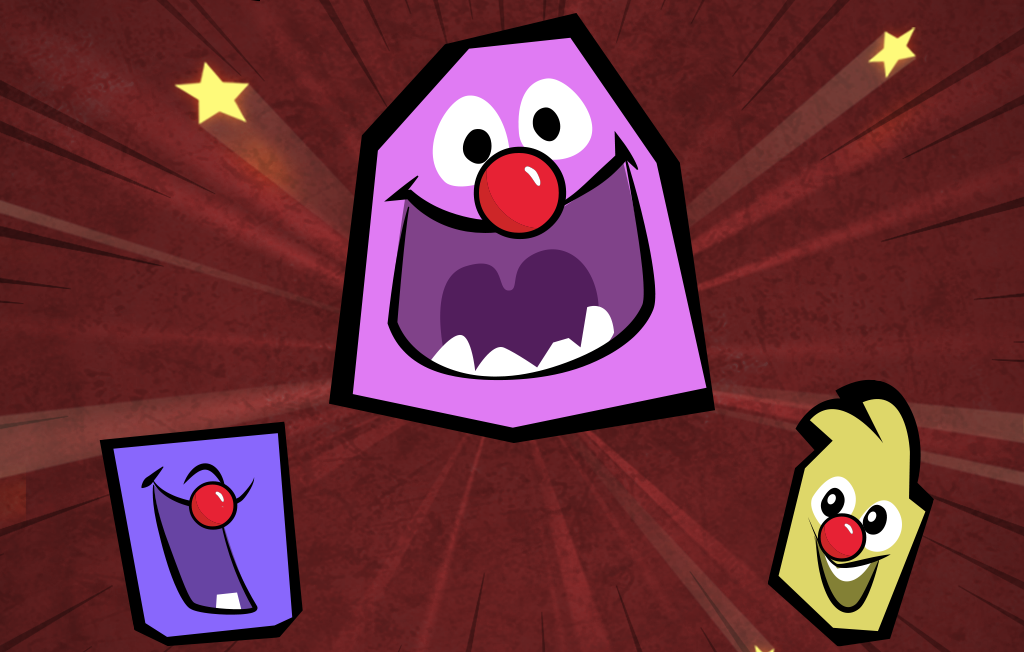 Drawful 2 ,  Drawful: Animate, Quiplash 2 , and Quiplash 3 have a “Make Your Own” mode that allows you to play the game with your own custom prompts, or prompts made by others. Here’s how it works.

When someone publishes a custom episode of Drawful 2, Drawful: Animate, Quiplash 2, or Quiplash 3, the game generates a seven-digit code for easy sharing. Something like “CTR-BLIQ”. Once you have a code, playing the episode is easy.

Start the game normally, and enter the lobby. We’ll use Quiplash 3 in this example, but it works the same in Drawful 2, Drawful: Animate, and Quiplash 2. 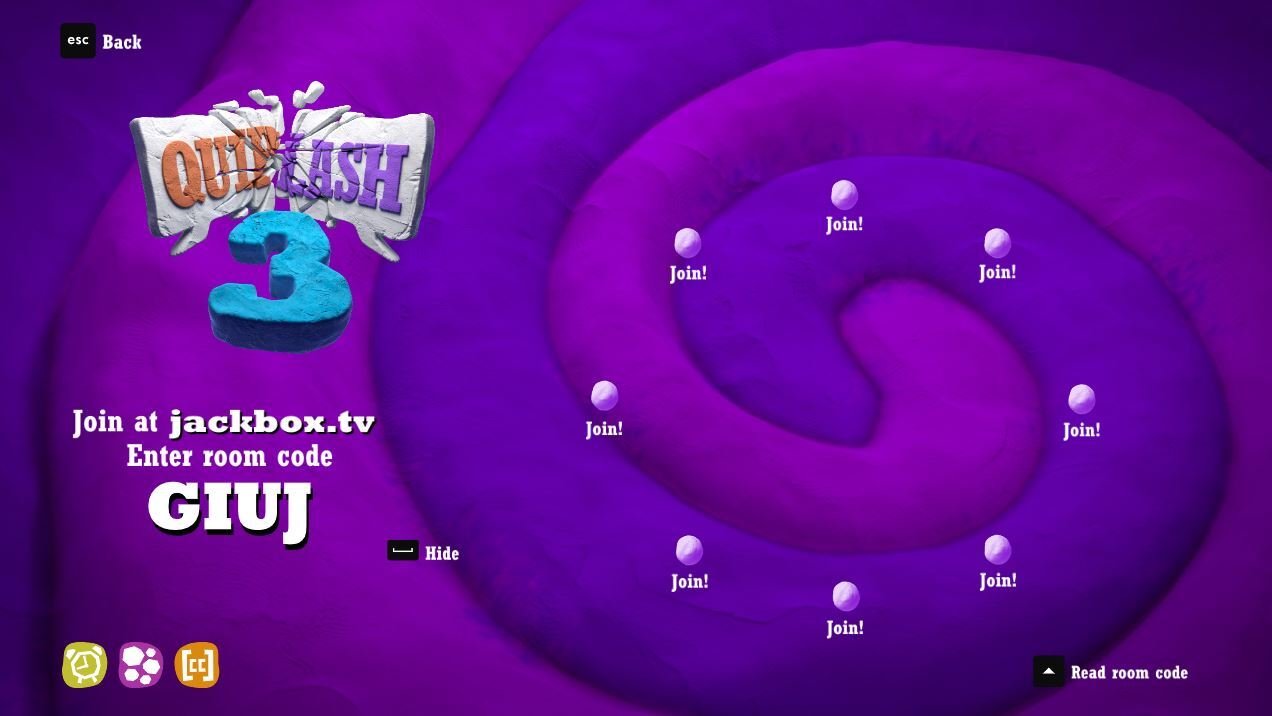 The first player in the lobby (the VIP) will have the EPISODES MENU button. Hit that, then enter the custom episode code and press submit. Any episodes you’ve played previously will also be listed on this screen. 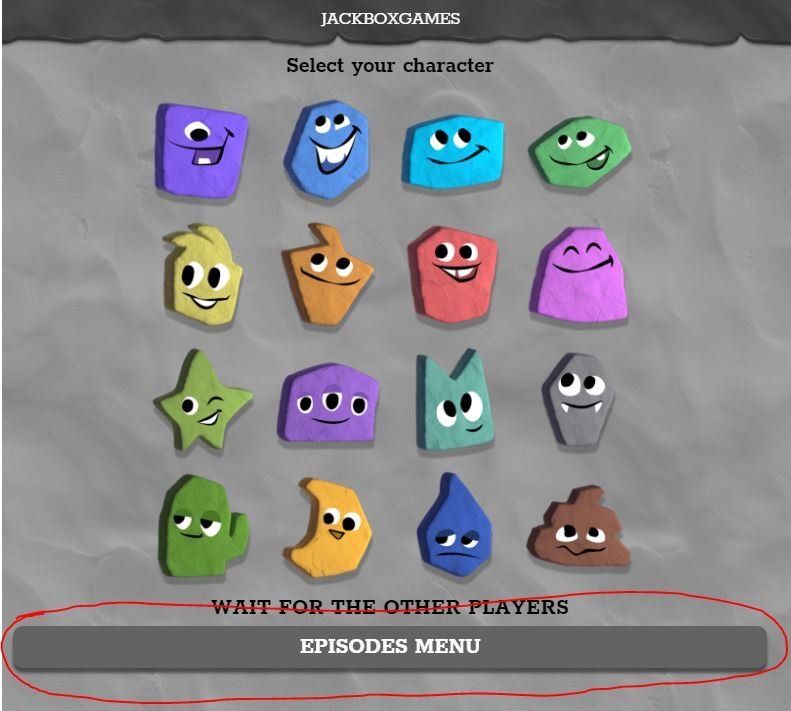 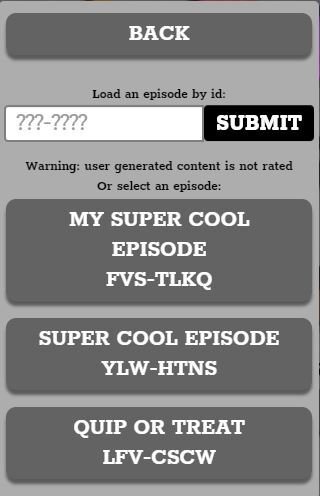 The lobby will change to reflect that the custom episode has been loaded. Once all the players have joined, you can start the game normally and enjoy those sweet custom prompts! Easy! 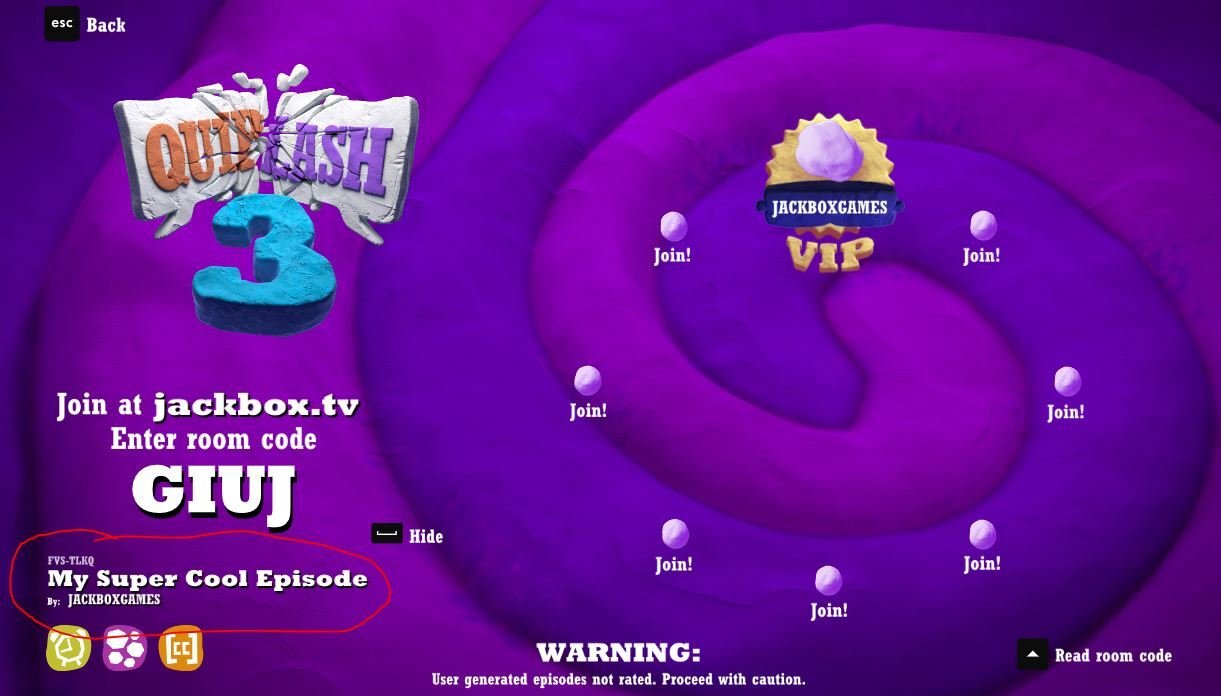 NOTE: In most cases, custom episodes are cross-platform. So, an episode made on a PC will work on an Xbox One and vice versa. The one exception is PlayStation 4, which can only play episodes made on other PlayStation 4 consoles.

Making Your Own Custom Episode

But enough about playing other people’s dumb prompts. Here’s how to make your own.

Choose the MAKE YOUR OWN option from the main menu. 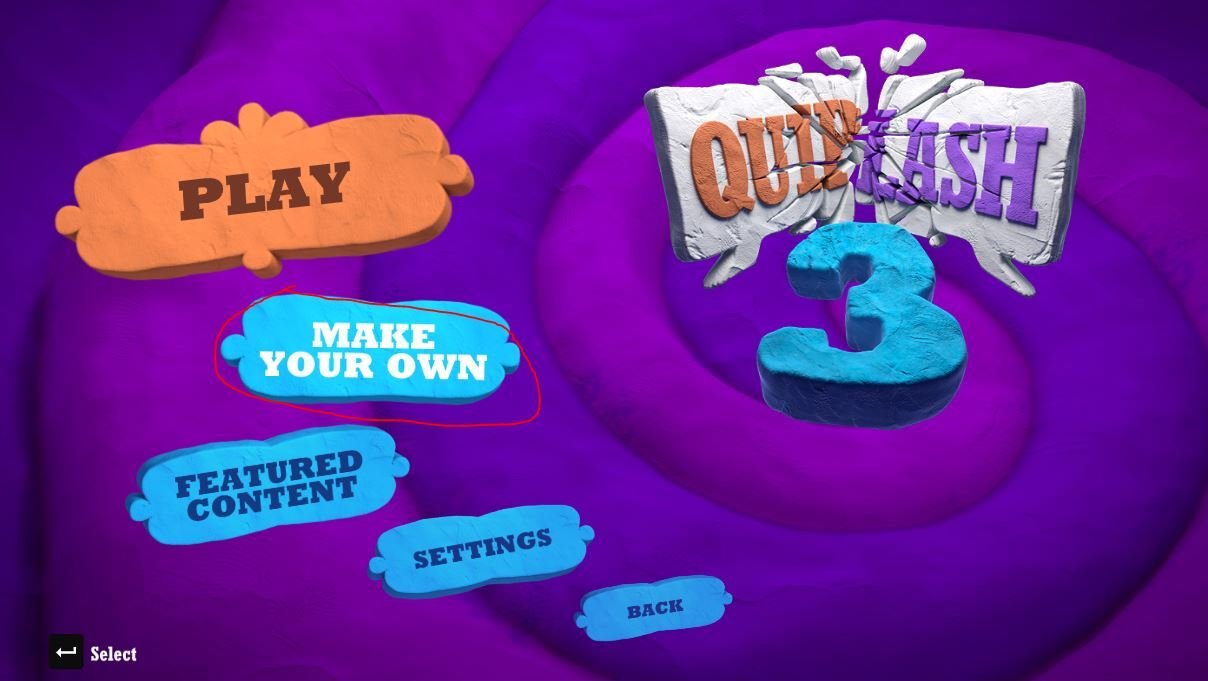 Log into the Make Your Own Lobby by going to jackbox.tv on your device and entering the four-digit code displayed onscreen. 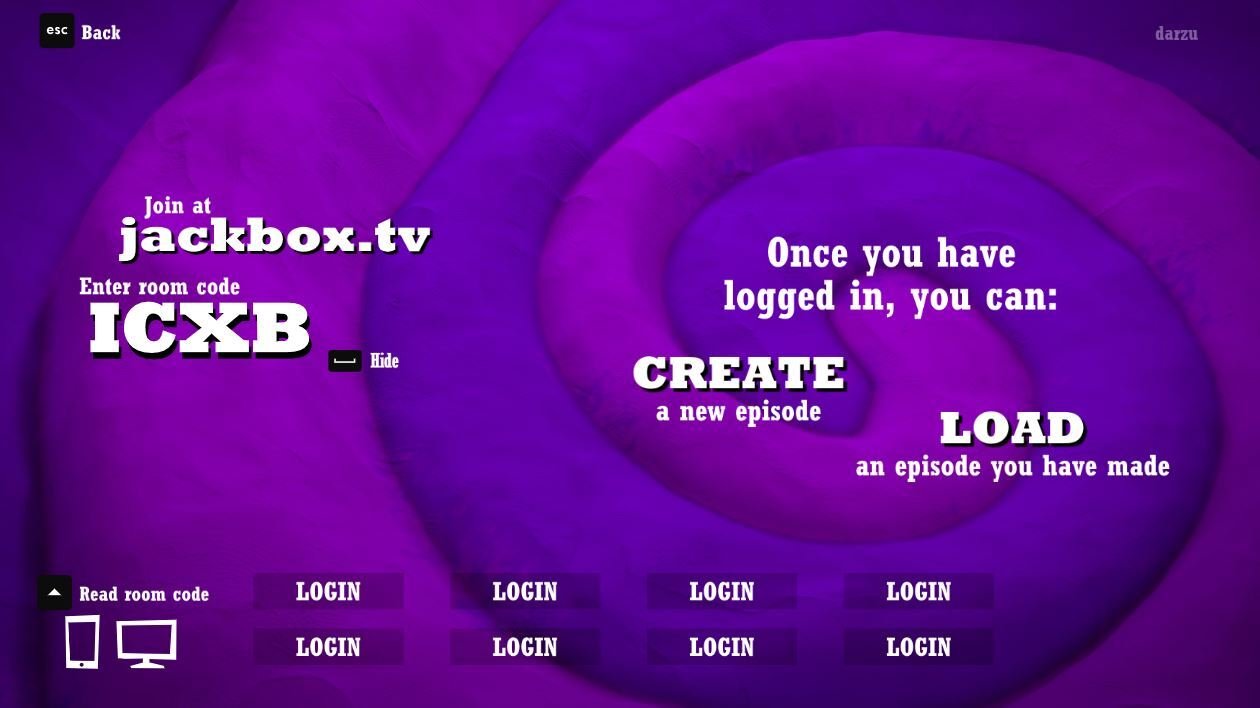 Choose CREATE A NEW EPISODE and give it a snappy name. If you’ve previously made an episode, you can load it up for editing from this screen.

Then you (and any others who log in) can write prompts and add them to the episode. The VIP (first player to log in) can delete prompts they don’t like by hitting the X next to the prompt. 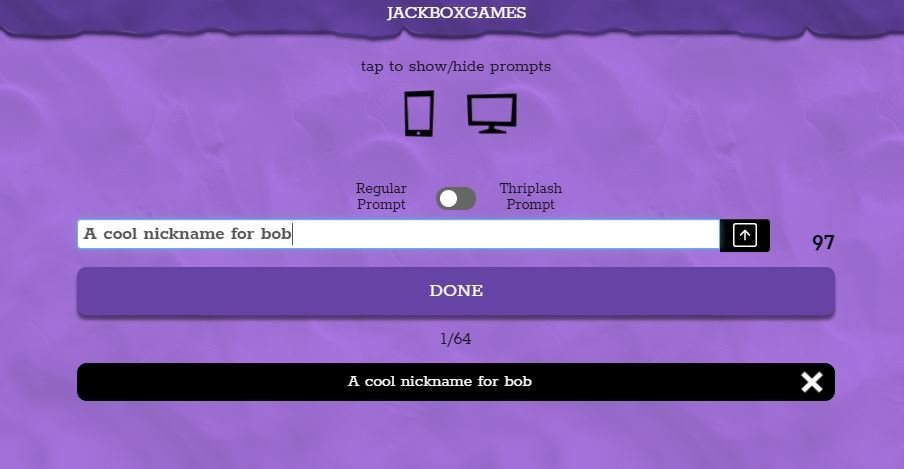 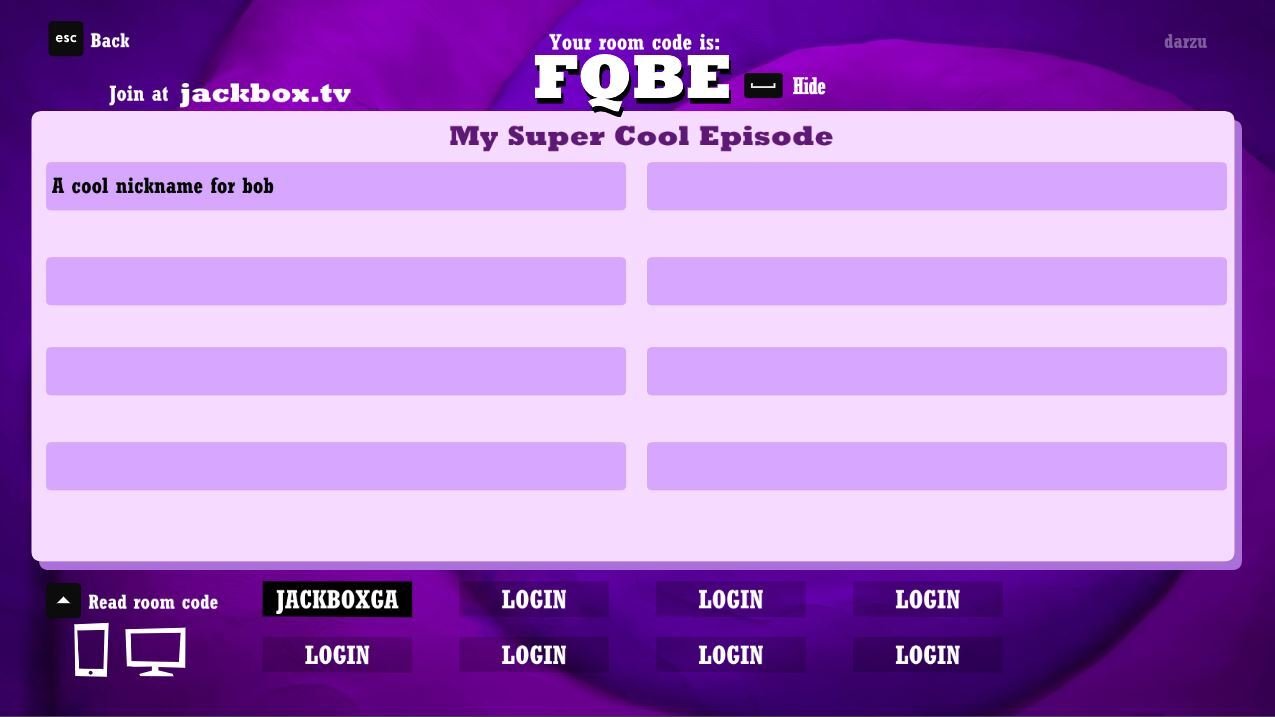 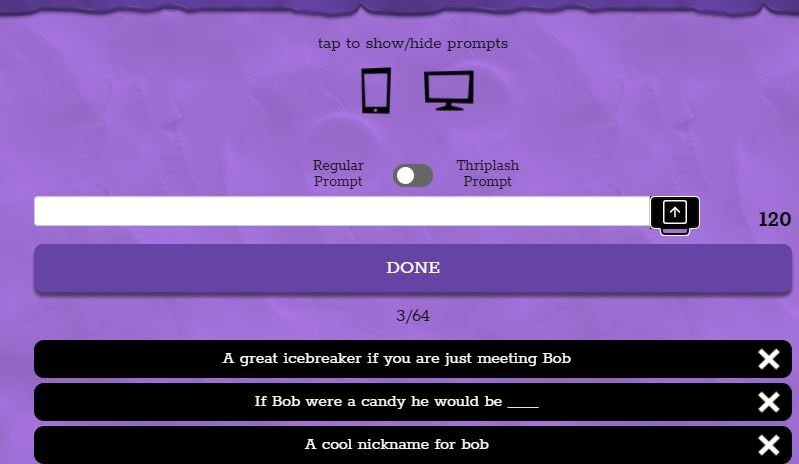 The next screen will let you EDIT (go back to adding prompts), PUBLISH (get a code to share your episode with others), PLAY (load your custom episode in the game lobby to play), DELETE (delete!), or go BACK TO EPISODES to see the list of episodes or make a new one. There’s no need to manually save an episode. It’s saved automatically as you make it. There’s also no need to make a game public by publishing it if you only want to play it locally. 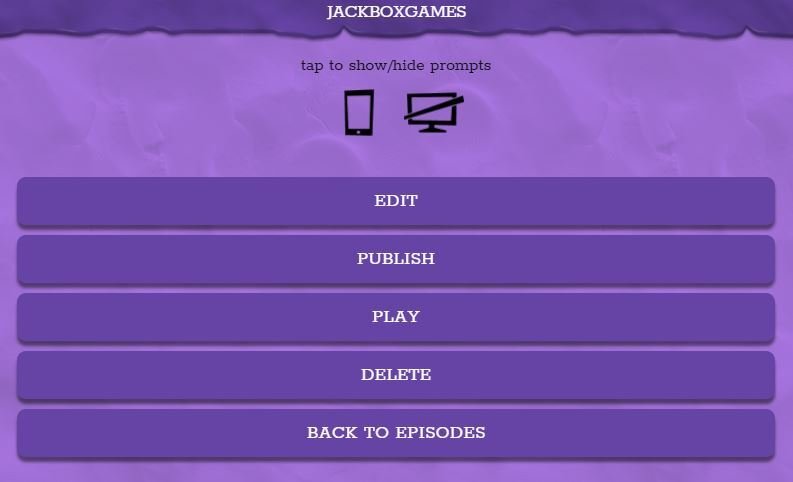 If you choose to publish, you’ll have to agree to the terms of service. Then you’ll get a code that will let anyone load and play your episode! Check out the custom episodes we made for Quiplash 3 under the Featured Content tab for inspiration! 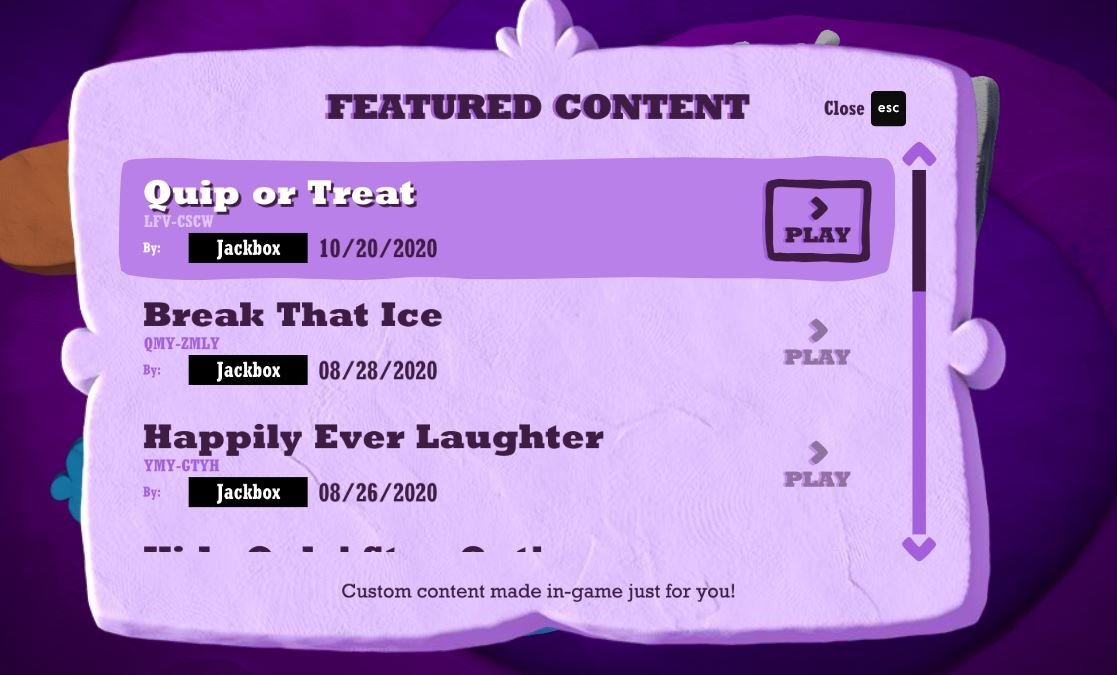